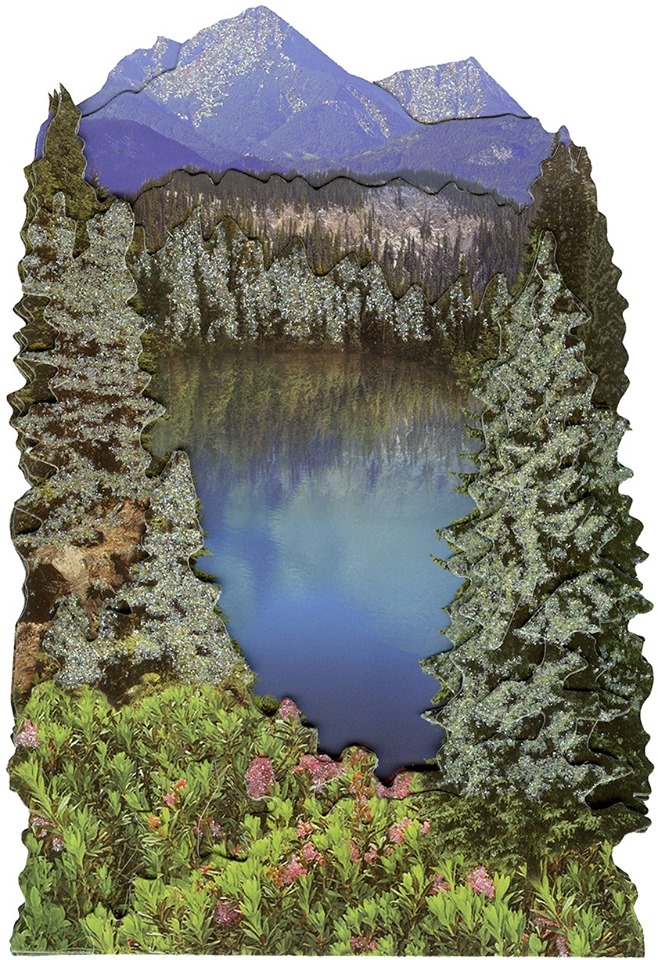 Lunchtime talk Thursday 8 August 1pm: Jo Kelley in conversation with James McCann on the subject of Allegory and Melancholia

Adventures in WA is an exhibition by Jo Kelley mapping the narrative of time spent in Washington State. Kelley’s visual vocabulary encompasses the use of the vernacular, aspects of collection and taxonomy, often combined to convey a suggestion of mythology and fairy tale.

Seattle is known as the Emerald City, and for a long time Jo Kelley assumed this was a reference to the Wizard of Oz. Was it a description of the tech industries being both magical and fraudulent, much like the Wizard? There is a surreal edge to the suburbs and towns in the Seattle/Tacoma catchment area, where it is not unusual to spot deer, eagles, coyotes, racoons, jays, hummingbirds, and other wildlife, living alongside the manicured gardens. The artist was later disappointed to learn that Seattle was in fact known as the Emerald Citybecause of the forests in and around it, accurate if a bit prosaic.

The definition of adventure can include the words such as, ’exciting, daring, and risky.’ A more accurate definition in the context of this artwork might be, ‘an unexpected or very unusual experience.’ Kelley negotiates the adventures of the quotidian, in which experiences can be domestic and subscribed, and the unexpected and unusual are unwelcome guests around the corner.

The doll figures featured in the exhibition are constructed from various people and objects, they are often static, caught in a narrative that is partly explained. Rilke described the doll as one of the first realisations that there are no reassuring answers: ‘The doll was the first to make us aware of that silence larger than life which later breathed on us again and again out of space whenever we came at any point to the border of our existence. ‘ Rainer Maria Rilke, ’Dolls. On the Wax Dolls of Lotte Pritzel’ in Die Weissen Blätter 1914.