Jesse Jones: The Struggle Against Ourselves 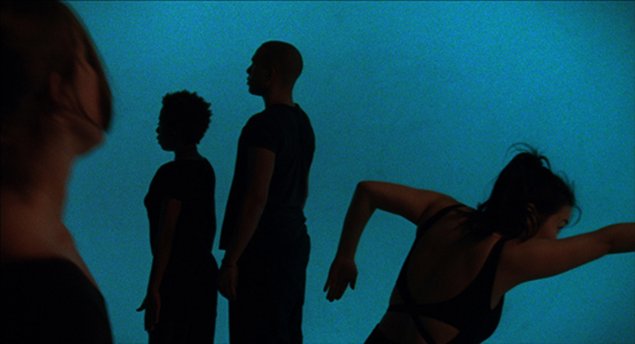 The Struggle Against Ourselves

The National Sculpture Factory, in association with the Corona Cork Film Festival, is delighted to present the European premiere of The Struggle Against Ourselves, a film by Irish artist Jesse Jones.

Jesse Jones’ new film The Struggle Against Ourselves, originally commission by REDCAT and produced at CalArts in early 2011, takes Vsevolod Meyerhold’s biomechanics etudes as its point of departure to position itself between the principles of Russian constructivism and its eventual appropriation by mass culture.

Working in collaboration with students from CalArts’ Schools of Theatre and Film/Video as well as Los Angeles theatre director Chi-wang Yang, Jones’ new film restages Meyerhold’s biomechanical workshops (influential to the likes of pioneering Soviet film director Sergei Eisenstein) as they appear in a series of photographs from the 1920s by the Russian photographer Alexander Grinberg.

The reconstructed etudes depict the spectacle of movement embedded within radical political ideology while remaining eerily filled with the pathos of the historical past. The Struggle Against Ourselves displays a convergence of Russian revolutionary art and American popular culture by emphasizing the collective human form and synchronicity of movement—brilliantly usurped and reinterpreted in the films of Busby Berkeley. Despite the vast differences in their approach to politics, the pairing of these disparate cultural forms reveals an uncanny resemblance in the representation of the body on film.

The screenings will happen on the Factory Floor at the following dates & times:

Jesse Jones’ practice reflects and re-presents historical moments of collective resistance and dissent. In her films and videos she explores the gesture of the revolutionary action. Jones’ work takes many forms form gallery based film and installation to large-scale pubic events, she has collaborated with diverse groups from Opera singers and marching bands to political activists. She has recently completed a yearlong fellowship at Location One, New York; a solo exhibition at REDCAT Los Angeles and a new commission for the Collective Gallery in Edinburgh. She has shown internationally at the 9th Istanbul Biennial 2009 and Nought to Sixty at the ICA, London. Upcoming exhibitions include Artsonje Centre, Seoul, in 2013.

The Struggle Against Ourselves – An Embodied Lecture with Chi-wang Yang L.A. theatre director

To coincide with the European premiere of The Struggle Against Ourselves the National Sculpture Factory with host An Embodied Lecture with Los Angeles theatre director Chi-wang Yang in collaboration with Jesse Jones, of the Meyerhold Etudés on the Factory Floor. Participants will be invited to take part in this exciting two-day event on the Friday 11th and Saturday 12th of November during the screenings.

Finally on Tuesday 8th @ 8.30pm at Triskel Christchurch, the Corona Cork Film Festival will screen Jones’ Trilogy of Dust series to coincide with the screening of The Struggle Against Ourselves

The Predicament of Man

Against The Realm Of The Absolute