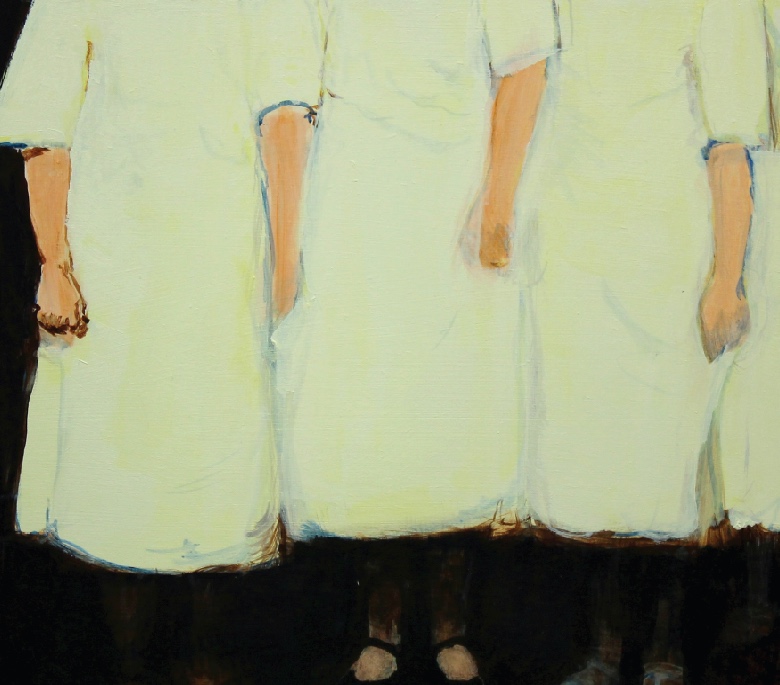 Meath County Council Arts Office is pleased to present a solo exhibition by Helsinki-based Meath artist Jane Hughes. Originally from Navan, Jane has worked internationally as a visual artist, curator and educator in Germany and Finland for over a decade.

Following her BA in Fine Art from the National College of Art and Design Dublin in 2006, Jane went on to complete an MA in Environmental Art at Aalto University Helsinki in 2012.

‘I have a deep fascination for discovering old abandoned photographs from different parts of the world and rescuing them from obscurity, I am intrigued by the way certain images were fabricated to illicit various responses, such as idealism in a leader. I am interested in the traces of historical documentation, the invented or distorted image, the banal and the iconic. I am attracted to layers of histories, the parallel lives of people who once lived and the places they once inhabited. I want to encourage collective remembering through my painterly investigations’.

The show features a series of 18 painted works.

Jane Hughes is a visual artist working in painting, drawing, animation, installation and collaborative projects. Originally from Navan, she has worked extensively internationally as a visual artist, curator and educator in Germany and Finland. Jane recently co-founded Grey Garden Artist Studios in Helsinki and previously she worked at WerkStadt art space and studios in Berlin-Neukölln. Recent solo exhibitions include “Architecture of Emotions” in Custom House Studios & Gallery, Westport in 2018 and “Gods & Demons of the Forest” at the Embassy of Ireland, Berlin in 2015.  She has taken part in several residencies, most recently at Heinrich Böll Cottage on Achill Island in June 2019. Her works have been exhibited nationally and internationally in museums and galleries including; Galway Arts Centre, Ireland; Idiotopie, Nancy, France; Grimmuseum, Berlin; Detroit-Stockholm, Sweden; the State Gallery of Kallingrad, Russia,  and Sorbus Galleria, Helsinki.  For more info: www.janehughes.ie