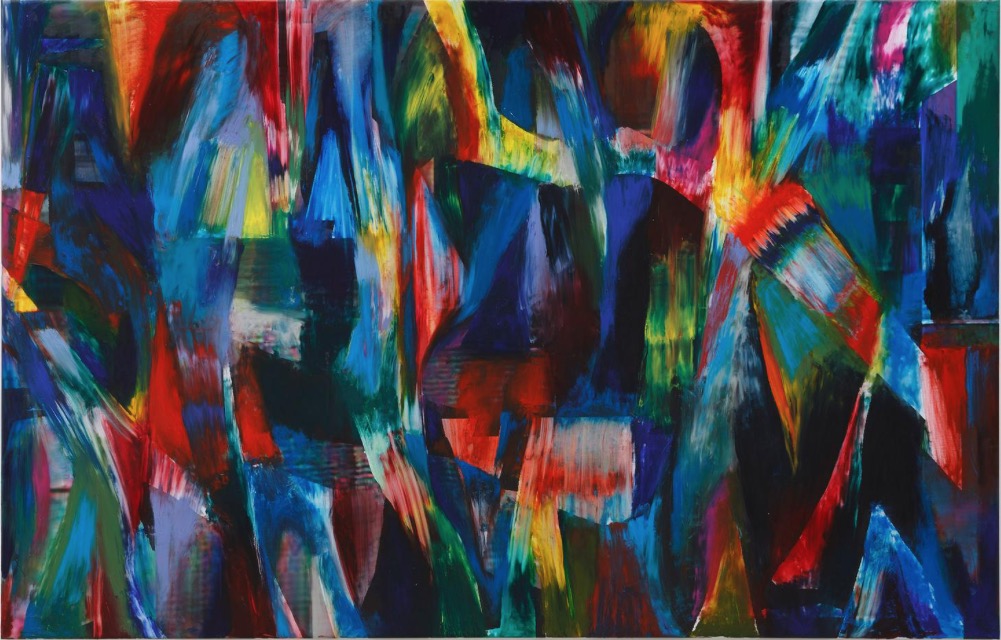 Kerlin Gallery is pleased to present Helios, an exhibition of new artworks by Jan Pleitner.

In Greek mythology, the sun god Helios drives a golden chariot of fire-darting horses across the sky. His relentless movement symbolises the daily rising and setting of the sun. Helios is also a shade of vivid red paint, deployed by the artist throughout this body of work. The title Helios references both the celestial movements of light and energy, and the materiality of our physical domain.

Pleitner uses the term ‘sci-fi expressionism’ to describe his work. In Helios, his second show at Kerlin Gallery, he occupies the floor as well the walls, creating three-dimensional forms and objects to ground his cosmic impulses.

Jan Pleitner (b. Oldenburg, Germany, 1984) is based in Düsseldorf, having graduated with an MA from the Kunstakademie Düsseldorf in 2010. Past solo exhibitions include Träum Weiter!, Kunstverein Heppenheim, Germany and Ey I?, Haverkampf Gallery, Berlin (both 2017); Water for the Tribe, Kerlin Gallery, Dublin and The Bitter Fruits of the Jungle, MIER Gallery, Los Angeles (both 2016); Dark Matter Matters, Nanzuka Underground, Tokyo (2015); Natalia Hug, Cologne (2014, 2016); Kunstfoyer am Langenweg, Germany; Förderpreis der Öffentlichen Versicherungen Oldenburg, Germany (2013) and Projekt Skagen 12, Denmark (2012).