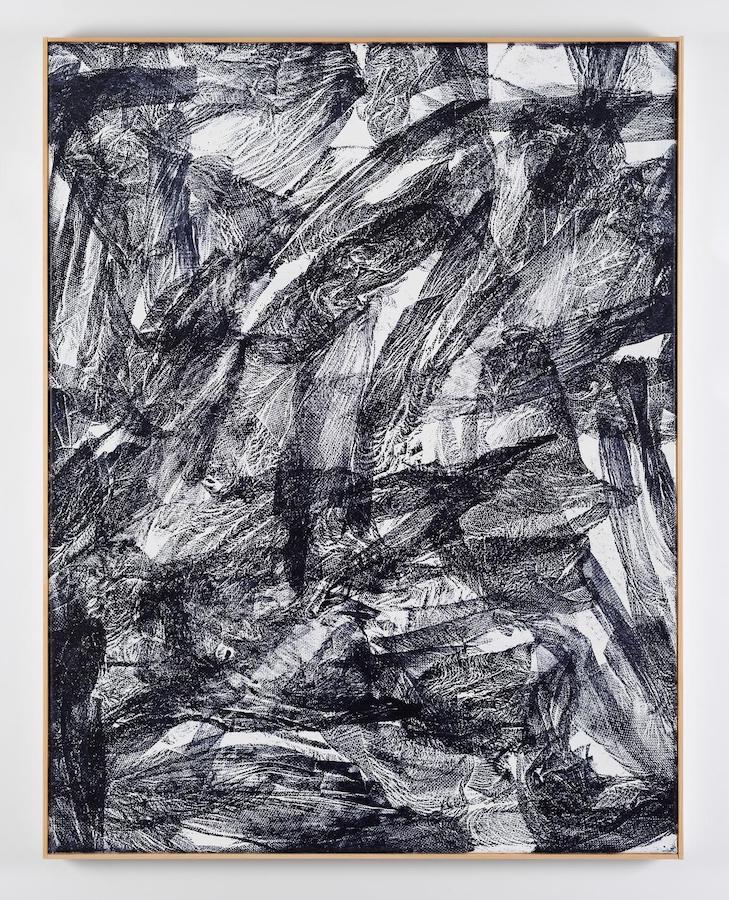 Kerlin Gallery are pleased to announce ‘cooling break’, a new series of oil on canvas works by Jan Pleitner.

Jan Pleitner creates striking and expressive abstract painting driven by subconscious thought. Often painted in short bursts of time, or even marathon single sittings, the works are full of movement and energy, with jolting lines pulling the eye up and down the canvas. Pleitner’s highly physical approach to painting sees him scrape through layers of paint as readily as he builds them up, resulting in a highly tactile canvas. His deep colour palette is lively and mercurial, with elemental patches, streaks and lines bleeding into one another and jostling for space aggressively, but not inharmoniously. Imbued with symbolic properties, they point towards a synesthesiac sensibility.Born in Oldenburg, Pleitner is currently based in Düsseldorf, having graduated with an MA from the Kunstakademie Düsseldorf in 2010.

Pleitner was awarded a grant by the Kulturstiftung der Öffentlichen Versicherungen Oldenburg.