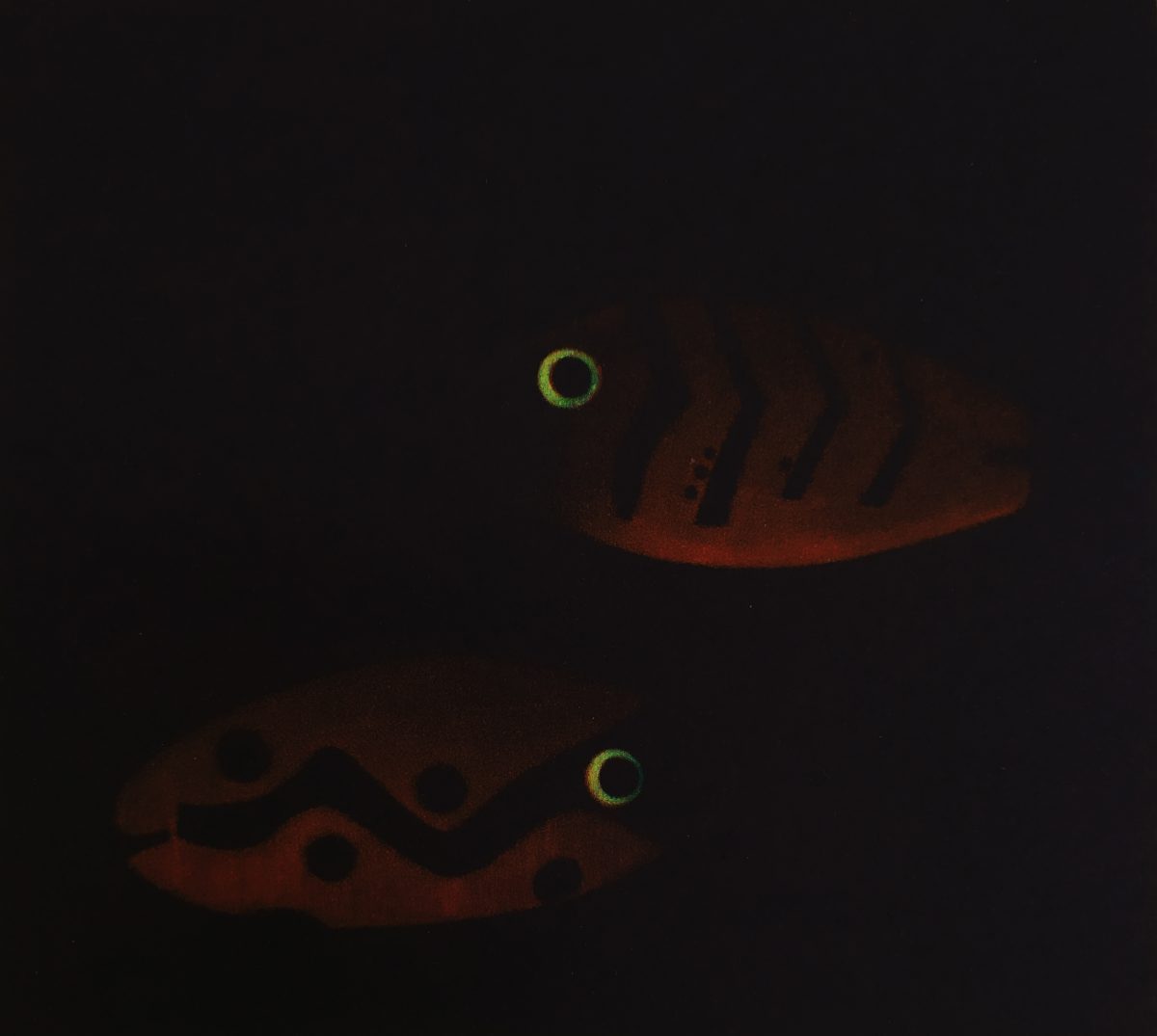 James McCreary’s prints are small. When I asked him why, he said, “because that’s the right size for them.” When I asked about some slightly larger ones he said, “they’re bigger so you can see more.” McCreary is nothing if not straightforward. He is also modest. There’s a connection, I believe, between the work’s modest size and the modesty at work in the man. It’s important to distinguish though, between a modesty of attitude and a modesty of achievement. In attitude McCreary’s work, like the man himself, may be self-effacing, but in achievement it makes its own quiet, insistent claim.

To talk about the size of an picture leads naturally to the question of scale. Between the depicted object and the object itself there is a distance. A landscape offers the clearest example of this. However intimate or grand, the depicted landscape is always smaller than the landscape itself. McCreary’s landscapes are among his smallest works, as though revelling in this disparity. On the other hand, when McCreary depicts a fisherman’s lure (a favourite subject of his) there is little or no distance between what we see and what he sees. The size of the subject and the size of the image directly correspond. Most of these more recent works have this intimate connection. Their smallness becomes a shared complicity; the artist, the object, and ourselves, bound together in a close attention.

McCreary has become something of a specialist in a technique that combines mezzotint and aquatint. His almost sculptural approach involves carefully working the surface of the copper printing plate, coaxing an image into life by carefully scaping and burnishing the roughened surface. Multiple colours are achieved by overlapping several worked plates in the printing process. In the tiny print ‘Float’, a long, narrow object is suspended between the left and right hand sides of a dark blue ground. Shaped like a spindle, the eponymous float tilts a little off centre, a gentle diagonal of coloured bands shimmering through indigo depths. McCreary has a knack for noticing objects that are inherently graphic. He can also make things a little strange. Why, for example, does this ‘float’ appear to be sinking or, alternatively, to be lost in outer-space? Freed from its utility, the fisherman’s float becomes a candy-coloured submersible, or a drifting satellite designed by the Memphis Group. In ‘The Lure of Cucurucuc’, a polka-dotted lure is given a sad, dreamy eye oddly reminiscent of the droopy-eyed ‘Ghostface’ mask in Wes Craven’s postmodern horror flic ‘Scream’. More likely though, it’s a nod to the soft pocket watches in Salvador Dali’s iconic painting, ‘The Persistence of Memory’, and Dali, it turns out, has been on McCreary’s mind quite a bit.

Prompted by a prize and exhibition opportunity, in 2010 the artist and his wife Betty travelled to Cadaqués, a small, fishing village on the Costa Brava famous for its associations with the Catalonian surrealist. Reached by land over some of the more hair-raising bends of the Pyrenees, once safely arrived McCreary found himself face to face with the dramatic seascapes that had fuelled the young Dali’s imagination. Through the ‘Taller Galleria Fort’, James and Betty also became close to the Fort family, who have direct links with Dali and his circle. Visiting Dalí’s home in nearby Portlligat, and on subsequent boat trips around the rocky coastline, McCreary realised that, however surreal Dalí’s flamboyant visions were, they were also rooted in reality. Fascinated to find himself a part of that reality, the artist has spent a part of his summers in Cadaqués ever since.

While Cadaqués provided fresh impetus, and titles like ‘Full Moon Cadequés’ and ‘Salvador Swimming with a Star’, leave little doubt, it’s also fair to say that the exotic and fantastical have always been at home in McCreary’s work. While appearing simple on first encounter, that simplicity also harnesses a sometimes overt, and sometimes more nuanced symbolism. When he depicts a fisherman’s lure, for example, we might guess that the real subject is not the lure itself but what it represents, simply put, temptation, and all its knotty implications. In an earlier work called, ‘Landscape’ (1977) the everyday ordinariness of a child’s pyjamas on a washing line is offset by the appearance of Mount Fuji on the printed fabric. The exotic and the mundane blowing together in a breezy Dublin back garden. In a more recent work, ‘Fly Me to the Moon’, a painted pigeon looks gloomily resigned to the ineffectual whirring of his wooden propellers. But these dreams of escape – let’s agree on that – never seem like mere wishful thinking. Nuanced with a sly humour and a real affection for ordinary things, McCreary’s playful fantasies achieve a fine balance between an ever present longing and a thoughtful accommodation of things as they really are.

Over the years the artist has spent a lot of time in the water, or more particularly, under the water, on regular scuba-diving holidays. Perhaps his inky blue backgrounds originate in this sub-aqua realm. His singular subjects, which over the years have included plants, insects, and – with another eye on temptation –brightly coloured sweets, might have their origins there, appearing as though suddenly lit up, from the depths. Several newer images contain the word ‘swimming’ in their title. In ‘Swimming in Cadaqués’ all the action takes place above the waterline, a surface of graduated green where a halo of black shapes surround a single, bobbing head. Suggestive of flattened limbs, the dark forms appear like votives circling the head of an ancient saint. These floating body parts, with their glyph-like simplicity, could easily have migrated from a painting by Joan Miro. It seems Dalí is not the only surrealist who has been on McCreary’s mind.

A friend and early supporter of Dalí, Miró was also a regular visitor to Cadaqués. The painter’s floating, one-eyed creatures are not unlike McCreary’s fisherman’s lures, and both artists, in their different ways, use cryptic signs to illuminate larger concerns. In ‘Coffee with Miro’ McCreary makes a virtual date with the surrealist by transposing his recognisable motifs onto a trio of souvenir-shop ceramics. Standing out from their monochrome surroundings, the colourful cups suggest that even simple rituals have the power to transport us to magical realms. The juxtaposition of the magical and the mundane have long been an effective partnership in McCreary’s quiet, exquisite prints. The balancing of these realms, within the world of the picture and within the life of the picture-maker, is at the core of so much artistic practice. This exhibition, this collection of small, fascinating yet ordinary things, is the evidence that James McCreary consistently gets this balance right.