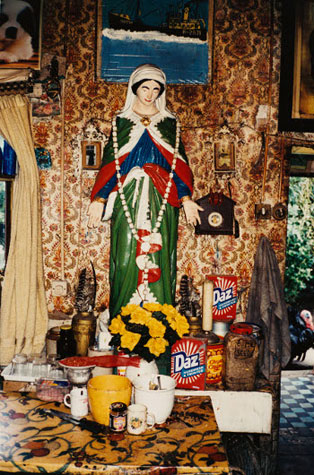 For Ogden, the exhibition marks a tribute to both the inspiration that he found through these photographers and also to the periods of his life in which he encountered them. Highlights of the exhibition include August Sander’s Young Farmers, David Bailey’s Kray Brothers and Ogden’s triptych of Francis Bacon’s kitchen from his 7 Reece Mews: Francis Bacon’s Studio series – as well as Ogden’s texts accompanying each picture.