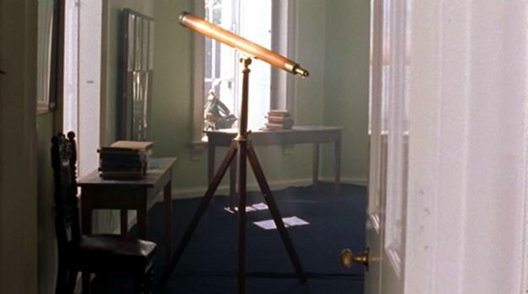 IMMA-ginary Space, an exhibition developed through the continued successful partnership between Art Alongside and the Irish Museum of Modern Art’s National Programme, opens to the public at Wexford Arts Centre on Tuesday 13 March 2012. Art Alongside is an initiative of Wexford County Council Arts Department and is co-funded by the Arts Council and participating primary schools, in partnership with the Wexford Arts Centre and IMMA’s National Programme. Art Alongside is a visual arts programme carried out in an education setting which brings together artists and children in local Co Wexford primary schools to work ‘alongside’ each other based on a chosen theme. Its primary purpose is to allow a framework where artists can work authentically as artists while contributing to the local community.

In IMMA-ginary Space a selection of the children’swork, created during the Art Alongside 2011-2012 programme, is exhibited alongside works by Art Alongside artists Helen Robbins and Mary Claire O’Brien,andworks from the IMMA Collection. For this project primary school pupils from Our Lady of Fatima School, Wexford, and St Senan’s National School, Enniscorthy, were shown high quality reproductions of art works from the IMMA Collection. Guided by artists Mary Claire O’Brien and Helen Robbins, the children were facilitated in looking carefully at each of these reproductions to make their choice of works to be included in the exhibition. Following this period of research, the classroom art projects were devised, based on the students’ understanding of and responses to their chosen piece of work.

The pupils selected works from the IMMA Collection by Irish based artists Stephen Brandes, Maud Cotter and Grace Weir, and international artists Antonio Dias, Stefan Kürten and Jesús Rafael Soto. The focus for selecting the art works was to explore notions of scale, imagination and the universe.

Referencing the visual language associated with cartography, diagrams, fairy-tale illustration and comic books, Stephen Brandes’ practice frequently explores the notion of a perpetually developing fictional world. In Chandelier, 2004, one of a series of large-scale marker pen drawings on lino, the artist explores the journey his grandmother took to escape the pogroms in Romania in 1913.

Grace Weir often uses natural phenomena such as clouds, water and wind in her works, and engages with ordinary events, to illustrate complex scientific theories. In the film work Dust Defying Gravity, 2003, Weir uses a single unedited tracking shot, which takes the viewer on a slow contemplative journey of enquiry through the tranquil interior spaces of Dunsink observatory. The solitude of the space is intensified by the acoustics, and as the camera passes down the corridor a clock ticks loudly in the stillness. The medium of film allows the artist to record movement in relation to space and time. As with many of Weir’s works there is an element of portraiture or human presence in this piece.

This year’s Art Alongside continued its hugely successful partnership between Wexford County Council, the Arts Council of Ireland, the National Programme of the Irish Museum of Modern Art, Wexford Arts Centre and primary level schools. Art Alongside provides an exciting opportunity for participating classes to become familiar with the IMMA collection, and in a meaningful way the children explore a piece of contemporary art of their choice.

IMMA’s National Programme is designed to create access opportunities to the visual arts in a variety of situations and locations in Ireland. Using the Collection of the Irish Museum of Modern Art and exhibitions generated by the Museum, the National Programme facilitates the creation of exhibitions and other projects for display in a range of venues around the country. The National Programme establishes the Museum as inclusive, accessible and national, de-centralising the Collection, and making it available to communities in their own localities, on their own terms, in venues with which the audience is comfortable and familiar.

Wexford County Council and the Arts Council have co-funded the Art Alongside programme since 1999. Its ethos is embedded in Wexford County Council’s Arts Strategy which promotes investment in youth arts. Such investment acts as a key driver in enhancing a young person’s development by cultivating individual expression regardless of background, in a safe environment.