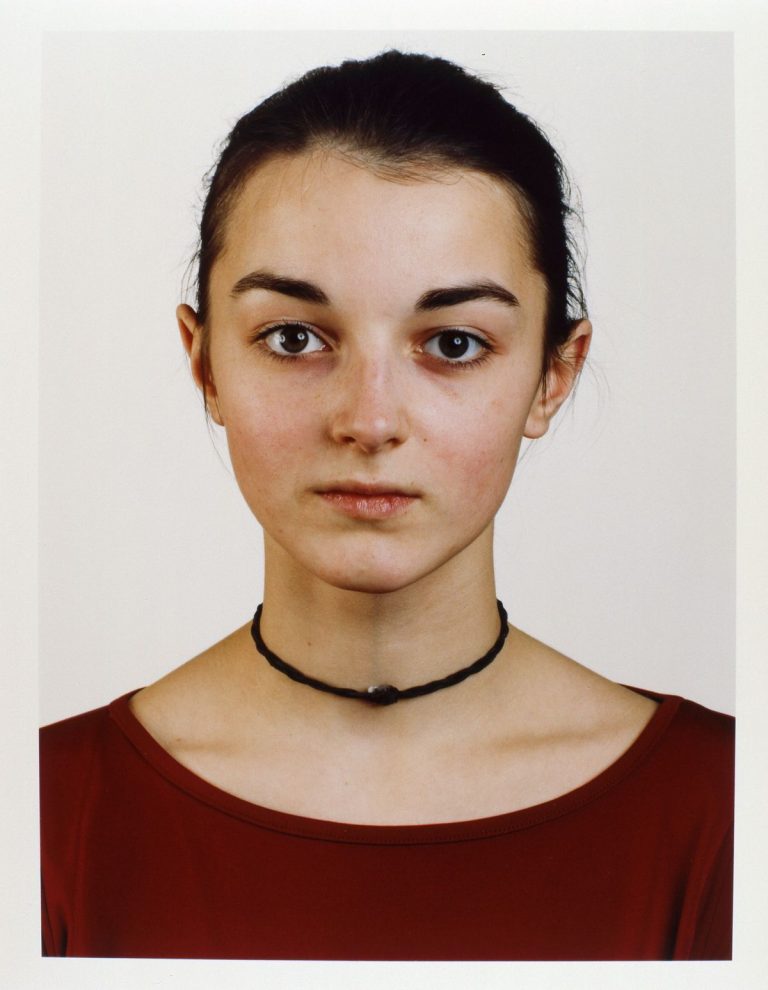 An extraordinary resource of 52 works by Lucian Freud has become part of the IMMA National Collection until 2021. During this unique five-year project, IMMA will present a series of different and exclusive Lucian Freud related exhibitions each year. This new exhibition, Gaze, explores the representation of the body in its many guises through an examination of Freud’s practice in the context of other artists represented in the IMMA Collection.

Posing questions surrounding gender, sexuality and the male and female gaze, the exhibition also presents themes prevalent in Freud’s work, such as self-portraiture, ageing, family, and the relationship between the artist and sitter. Alongside Lucian Freud the exhibition includes work by Stephan Balkenhol, Pauline Cummins, Thomas Ruff, Mark Manders, Ann Hamilton and Rebecca Horn, among others.

IMMA has secured a significant five-year loan of 52 works by one of the greatest realist painters of the 20th century, Lucian Freud (1922-2011). Renowned for his portrayal of the human form, Freud is best known for his intimate, honest, often visceral portraits. Working only from life Freud’s studio was intensely private and he mainly worked with those he was close to, often asking subjects to sit for hundreds of hours over multiple sittings to better capture the essence of their personality.

IMMA Collection: Freud Project features a selection of 30 of the artist’s finest paintings, and 20 works on paper. The works, mainly dating from 1970 onwards, explore several of the artist’s key themes such as Portraiture; Self Portraiture; Still-life; Animals and Nature; works that reflect his interest in the people and the natural world.

The works, on loan from private collections, are predominantly presented in a dedicated Freud Centre in IMMA’s Garden Galleries for five years. With this extraordinary resource IMMA will create a centre for Freud research with a programme of special exhibitions, education partnerships, symposia and research that will maximise this important opportunity for schools, third level students, artists and audiences all over Ireland and beyond.

During this unique five-year project IMMA will present a series of different and exclusive Lucian Freud related exhibitions, with a new programme of events and openings each year, including works and new commissions by other modern and contemporary artists in response to Freud, and will reveal exciting new perspectives on this major artist today.

Always free for IMMA Members, full-time students and under 18s.

Monies raised through admission charges will directly contribute to the care and development of the IMMA Collection.

Admission will be by timed entry, due to the number and delicate nature of the works and the limited circulation space of the historic building that houses the Freud Centre. To avoid disappointment please pre-book your preferred time-slot online in advance of visiting.

This exhibition is on display in the Freud Centre which is located between the Formal Gardens and the main gate on Military road.

Please note that entrance to the Freud Centre is by timed ticket only. Please purchase your ticket in advance of attending the exhibition as tickets are not available for purchase at the Freud Centre itself. Tickets may be bought online or in-person at the box office in the main IMMA Reception (off the courtyard).

Please note that rucksacks and large bags cannot be brought into the Freud Centre and must be left in the free lockers provided in the Main Galleries. Therefore if you are bringing a large bag please allow at least 20mins to stow your bags and make your way to the Freud Centre.

Booking online will guarantee entry for your preferred time slot, avoid queues and allow you to proceed directly to the Freud Centre on arrival at IMMA. There are no booking fees for purchasing online.

Please read the ticket Terms and Conditions in advance of your visit.

Lucian Freud was born in Berlin to Ernst, the architect son of psychoanalyst Sigmund Freud and his wife Lucie Brasch. In 1933, age ten, Freud fled with his family to England, ahead of the rise of Nazism. The family settled in London where Freud lived for the rest of his life.

Freud studied at the Central School of Arts and Crafts, London and Cedric Morris’s East Anglian School of Painting and Drawing in Dedham. His first solo exhibition, at the Lefevre Gallery received critical acclaim in 1944, followed by a number of hallucinatory, finely-painted portraits that marked him as an artist to watch. Freud’s adherence to realism and focus on the human figure, when abstraction and other progressive forms of practice were more prolific, moved him in and out of the spotlight until the 1980’s when renewed international interest in painting and figuration gave his work a new significance. Since then Freud has become one of the best-known and most highly-regarded British artists of the 20th century. He was awarded the Companion of Honour and the Order of Merit. Major retrospectives of his work were held in Tate Britain, 2002, IMMA 2007, MOMA, 2008 and the National Portrait Gallery, London in 2012.

Freud visited Dublin and Connemara in Ireland in the late 1940s,partly on a pilgrimage to Jack B.Yeats whom he considered the greatest living painter and later when married to Caroline Blackwood of the Guinness family. From the 1950s he connected with Irish artists such as Patrick Swift whose Dublin studio he used and Edward McGuire whose tutor he was at the Slade Art School, as well as the literary circle of Patrick Kavanagh, John Montague, Brendan Behan, Anthony Cronin and their Soho milieu. An in depth account of Freud and Ireland will be explored through the Freud Project, including his close links with the other great figurative painter of the 20th century, Irish-born and London-based, Francis Bacon – his friend, mentor and great rival of thirty years and whose studio you can visit in Dublin City Gallery the Hugh Lane.

IMMA Collection: Freud Project is made possible through the visionary support of the Freud Circle listed below, and those donors that wish to remain anonymous.