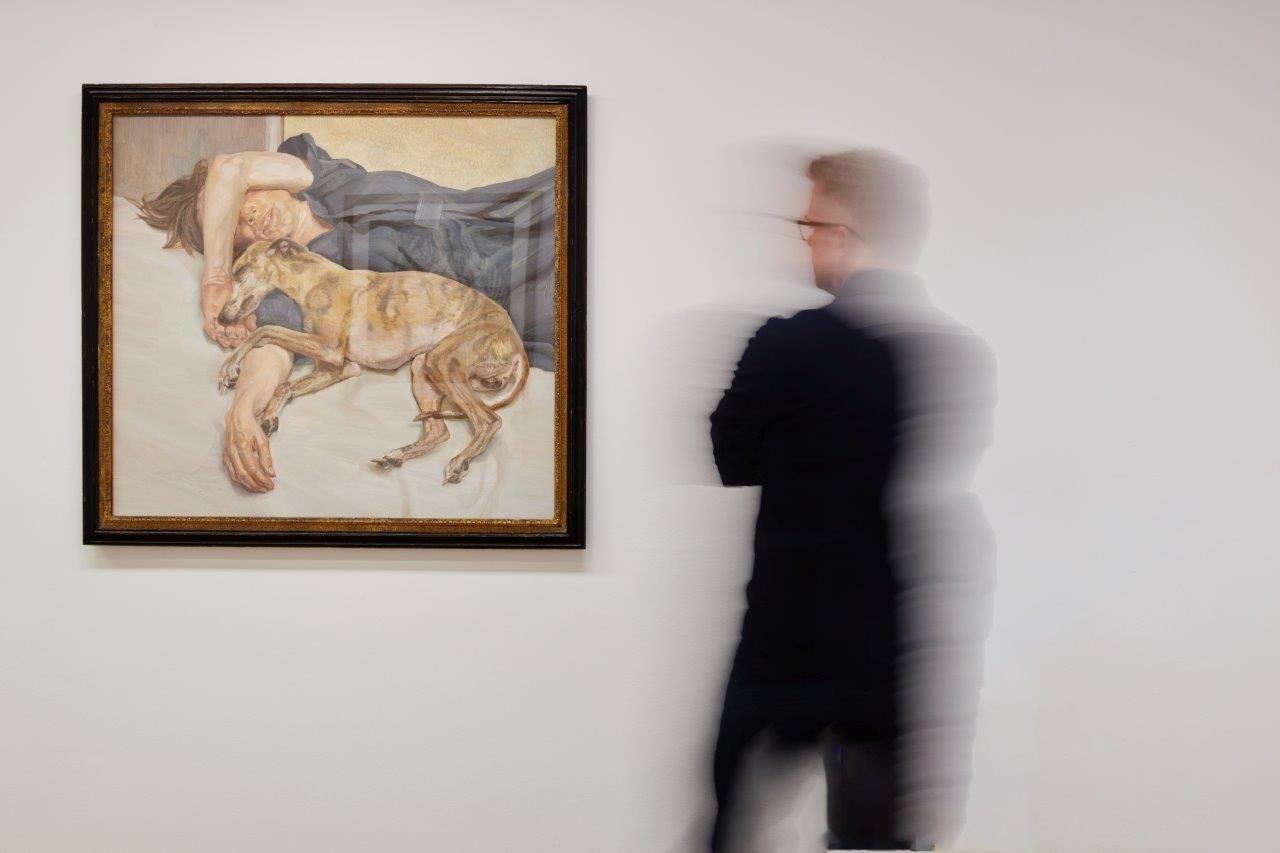 The IMMA Collection: Freud Project presents 29 paintings and 8 works on paper in this exhibition. Freud is widely recognised as one of the greatest realist painters of the twentieth century, renowned for his intimate, honest, often visceral portrayal of the human form. He changed the way we see portraiture and the nude in art. The works in this exhibition, mainly dating from 1970 onwards, explore several of the artist’s key themes such as portraiture, self-portraiture, still-life, animals and nature. They include portraits of his family, other artists, an art writer, his art dealer, business people and his doctor. The loans also reflect his friendships and contacts within the racing world, his love of horses and dogs, his interest in the physical and psychological relationships between human and animal sitters, his studio and garden.

IMMA secured a significant five-year loan of 50 works by Lucian Freud in 2016. The exhibitions IMMA Collection Freud Project and The Artist’s Mother: Lucie and Daryll a response by Chantal Joffe, will conclude the Freud Project, this summer will be the final opportunity to view these exceptional paintings.

Lucian Freud (1922-2011) was one of the greatest realist painters of the 20th century. Renowned for his portrayal of the human form, Freud is best known for his intimate, honest, often visceral portraits. Working only from life Freud’s studio was intensely private and he mainly worked with those he was close to, often asking subjects to sit for hundreds of hours over multiple sittings to better capture the essence of their personality.