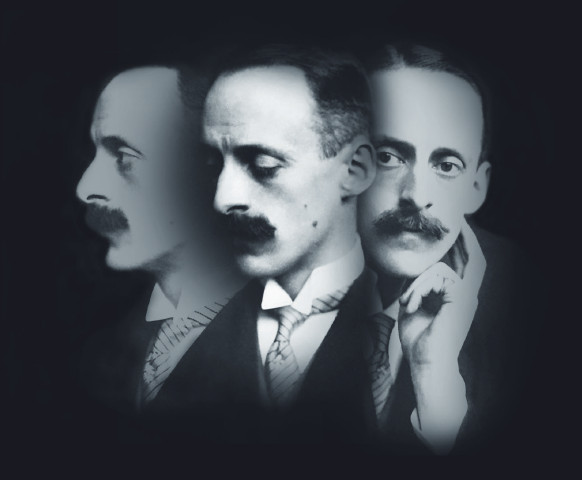 Hugh Lane (1875-2015): Dublin’s Legacy and Loss celebrates Hugh Percy Lane, the philanthropist and art dealer who presented a priceless collection of artworks to Dublin to establish a Gallery of Modern Art in 1908.

Lane drowned aboard the Lusitania on 7 May 1915, after the liner was torpedoed by U-boat 20 off the south coast of Cork on its return from New York to Liverpool. He was thirty-nine years old. The exhibition presents Hugh Lane’s vision for the visual arts in Ireland at the turn of the 20th century with works by Impressionist artists Claude Monet, Berthe Morisot, Edgar Degas and Auguste Renoir hanging together with their Irish contemporaries including Walter Osborne, Frank O’Meara, John Lavery and Roderic O’Conor.

Dublin’s Legacy and Loss looks at Hugh Lane and his milieu, his friend and influences – W.B. Yeats, George Bernard Shaw, and Lane’s aunt Augusta Gregory, and the artists Sarah Cecilia Harrison, Sarah Purser and William Orpen. The support Lane received from artists is evident in the works they gave to the Gallery including Auguste Rodin, Augustus John, Jack B. Yeats, John Singer Sargent and Lavery. We see how Lane’s supporters also purchased

superb works by artists including J.B.C. Corot, John Constable, Degas and Monet in an astonishing act of collective philanthropy. Lane himself gave one hundred works to the Gallery by Irish and international artists and supported Irish artists through commissions, especially John Butler Yeats and Orpen. His collection of portraits of prominent Irish personalities makes for fascinating viewing.

Born in Cork of Irish parents, Lane achieved huge success as an art dealer while still in his twenties and went on to be one of the most famous art dealers of his time. Charming and personable with a love of gambling, Lane was

a regular visitor to the gaming tables in Monte Carlo often losing thousands of pounds in a couple of weeks. But he always bounced back. After the establishment of the Gallery in 1908, Lane continued to purchase works for the

Gallery. In recognition of his services to art, Hugh Lane was made a freeman of the city of Dublin in 1908 and in 1909 was knighted for his work.

Hugh Lane died aboard the Lusitania in 1915. His body was never recovered. This exhibition honours his vision and extraordinary philanthropic support for the visual arts in Ireland. His establishment of this Gallery is considered

the most significant cultural event in the history of modern Ireland. In 1908 the French newspaper Le Figarodeclared “…an entire museum rich in beautiful things, a museum envied by the most prosperous states and the proudest cities and then to give this treasure, gathered with as much effort and care, to a town that one loves – that is the ultimate gesture of this ingenious man.”