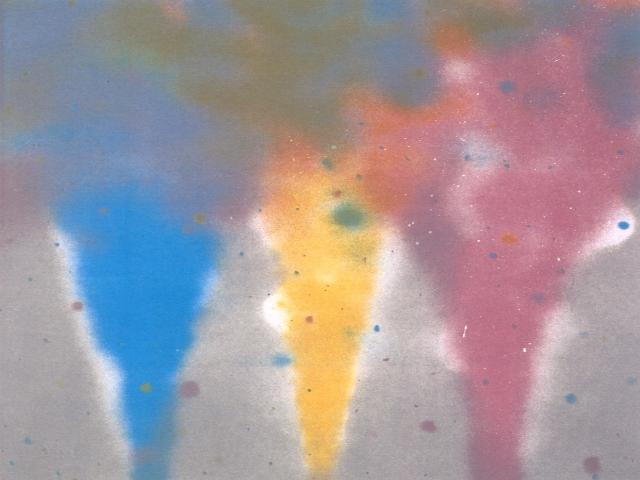 Hollanders Workshop, New York, USA opened in 1964 by Irwin Hollander for the purpose of printing original lithgraphs.  Hollander was previously Technical Director of the Tamarind Lithography Workshop in California and his decision to return to New York put him in the right place at the right time to help nurture the 1960’s Print Explosion.

During the following decade the workshop catered for more that fourty aritst and produced some of the most significant graphic art of the period.

The style of prints ranged from the mistiest abstraction to the hard-hard edge and in techiqur from teh reproduction of relatively simple crayon stroke by Robert Motherwell to complicated ventures in colour such as James Rosenquist’s 1970 Area Code.

From 1970 to 1974, when the workshop closed,  the staff consisted of Iriwin Hollander, who acted as business manager, and printers Dutch born Fred Genis his partner, who had previously worked at Gemini Workshop in Los Angeles and Universal Limited Art Editors in Long Island, NY, and Jim Sheehy, Cork, Ireland.

The workshop was located on the Lower East Side in New York and shared the commercial building with other businesses.  The uniqueness of the workshop lay in its informal atmosphere and the fact that is was single-artist workshop which actively encouraged each artist to experiment extensively with the medium before a print was decided upon.  This philosophy was undoubtedly one of the reasons why Hollander was widely regarded, at the time , as one of the most innovative print workshops in the US.

The last three major productions of the workshop were a group of 24 Lithographs by Williem de Kooning – his first sustained attempt at printmaking, a series of Monochrome Was Memorial proposals by Rober Morris and the Mushroom Book by John Cage, Lois Long.

This selectionof prints – presenting and working proofs – gives an example of the quality of Lithographic work hand printed at Hollanders Workshop.