The Hike I Never Went On 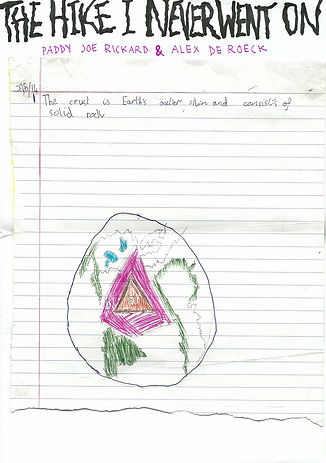 BLOCK T is delighted to announce the upcoming exhibition The Hike I Never Went On, as part of BLOCK T’s FUEL programme in collaboration with Fingal County Council Arts Office. This show is an exhibition of works by recent graduates Paddy Joe Rickard and Alex deRoeck and will be on display in BLOCK T’s new home in Basin View, Dublin 8.

FUEL is an integral part of BLOCK T’s visual arts programme and consists of a series of events, awards and activities dedicated to emerging artists and recent graduates of the arts and creative industries.

Recent exhibitions and awards include, unFold, Mart curated by Peter Prendergast (2015), IADT Graduate Exhibition, Dun Laoghaire (2015), The Beholders Share, IMMA (2015), Have a Nice Life, Helsinki (2014), An Awkward Encounter, Helsinki (2014). He was shortlisted for Talbot Gallery and Studios Most Promising Graduate Award 2015, Ormond Studio Graduate Residency Award 2015 and has recently been awarded with the Fingal Graduate Award 2015 in Partnership with BLOCK T.