HIDDEN: Animals in The Anthropocene 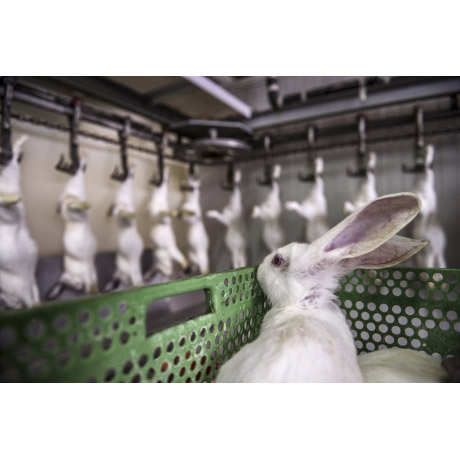 For the project HIDDEN – Animals in the Anthropocene, 40 photographers have joined forces to take a close look at industrial agriculture, the fashion and entertainment industries, research and fishing, revealing the cruelty to which animals are subjected on a daily basis. Included are images by some of the world’s best-known wildlife photographers, such as Daniel Beltrá, Aaron Gekoski and Britta Jaschinski.

The belief that we can use certain species for our needs is ingrained in us: we capture and imprison them, wear their skin, eat their flesh, and experiment on their bodies in the name of science. How is it that we make distinctions between domestic, farm and wild animals? These images investigate and interrogate these views.

An exhibition in cooperation with We Animals Media.

Patrons Note: Discretion advised – some images may be upsetting to viewers.

Part of the Project Animals Season