Grist to the Mill 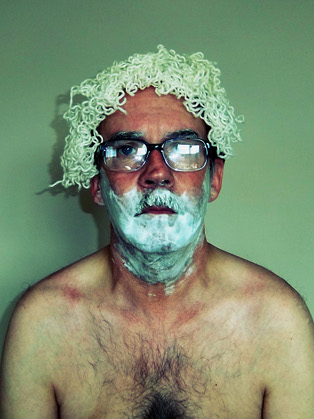 In 2011 Clúid Housing Association commissioned Mike Hannon to direct and facilitate a process-based community art project at Mill Court, Bandon, a sheltered housing scheme. The residents of the scheme had indicated they would be interested in engaging in a photographic project. Mike gave a 3 month series of intensive workshops, where each of the 19 participants was given a camera, instructed in its operation and introduced to the work of some significant art photographers, from the inception of the medium to the present day.

Each week the participants were given a “homework” assignment that related to the topic of that week’s workshop. In this manner, they quickly built up a significant body of great work that covers a staggering range of genres and approaches, including street photography, portraiture, diary, photomontage and social documentary.

Grist to the Mill presents one image from each person as well as a film by Mike which explores the photographers’ experiences of their photos and the creative process.

Mike Hannon is an independent film maker and video artist whose work ranges from the experimental to the conventional, spanning a number of genres. He holds BAs in Fine Art and Applied Psychology. His practice as a lens based artist has been honed on a wide range of successful projects, including visual art, experimental video and ethnographic documentary. His pieces have been exhibited, performed or broadcast in a variety of contexts: visual art exhibitions in Ireland, Great Britain and China; experimental video for new music in New York, New Orleans, Minneapolis and Copenhagen, and documentary film at various international festivals and on television.

Clúid Housing Association is an innovative, independent, not-for-profit organisation that provides rented social housing for people who cannot afford to buy their own home or pay for private rented housing.

Clúid was established in 1994 and currently owns over 3500 houses and apartments across the country and manages another 1300 dwellings on behalf of others.

As one of the biggest housing associations in Ireland, Clúid today plays a greater role than ever in actively getting people off the social housing waiting lists through the provision of good quality affordable housing.

The Government policy on housing, published in 2011, sets out a growing role for housing associations in the delivery of social housing. Clúid will continue to work with Government, private funders and other stakeholders to develop creative ways of providing the maximum number of homes for people in housing need.

Clúid’s vision is a society where everyone has a great place to live and it does this by providing quality housing and services to enable people to create homes and thriving communities.

Clúid is managed by a team of full-time staff who report to a voluntary board of directors. The directors bring expertise in a number of fields to the association including housing policy, housing association management, research, construction, law, finance and human resources.