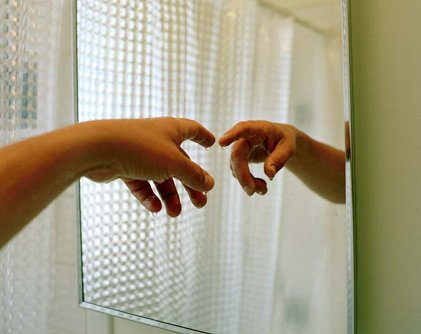 Gravity, to be opened by Minister Jimmy Deenihan on July 15th, is a major exhibition that includes videos, sculptures and paintings by contemporary artists, as well as a number of historic paintings. The works in Gravity are intriguing, beautiful and thought-provoking, while also expressing a profound understanding of contemporary life and thought, and the relationship of humanity to the universe. The theme is not only literal, in terms of looking at how artists use this physical force that binds the universe together, but also metaphorical, in the sense reflected in Gravity and Grace, a book written by French philosopher Simone Weil, where issues of mortality and the infinite are explored. Weil identified in the human spirit a resistance to the inexorable forces of nature, and she believed that mankind could literally “rise above” these limitations.

This awareness of gravity is perennial in Western art and culture, and Renaissance painters often depicted figures either bound to the earth, or soaring above it, to express a spiritual aspiration. In the nineteenth century, awareness of the universe was enhanced, not least by William Parsons, 3rd Earl of Rosse, who made the first detailed drawings of nebulae, vast stellar bodies whose spiral form is defined by gravitational forces. An awareness of physics informs the work of many contemporary artists in Gravity, among them Marina Abramovic, Aideen Barry, William Forsythe and Brian Duggan. There are drawings by Ilya Kabakov, and recent sculptures by Dorothy Cross and Michael Warren. Warren’s Tempo Rubato II, directly inspired by the writings of Weil, is made of massive interlocking beams of timber. Dorothy Cross’s Whale, a spectacular work where the skeleton of a whale is suspended in the Crawford’s sculpture galleries, and Stalactite, a video filmed in a cave in Co. Clare, both reveal the artist’s interest in the relationship of mankind to the natural world. Michael Craig-Martin’s On the Table, dating from 1970, where four buckets and a table are counterbalanced in mid-air, is a key work of the Conceptual art movement. In a number of recent videos, the artist Grace Weir explores the world of astronomy and physics, while two paintings by Sean Scully show his awareness, expressed through the medium of oil painting, of a profound sense of gravitas. Maud Cotter’s sculpture One Way of Containing Air and Alex Pentek’s folded paper sculpture defy expectations, seeming both heavy and light at the same time.

The art of photography is important in Gravity. Works by Alana Riley, Adam Ekberg, Lilly McElroy and Li Wei bring an additional dimension to the exhibition, where movement is frozen in time. Also in Gravity, a recent diptych by Patrick Graham, Somewhere Jerusalem, is exhibited alongside a Renaissance crucifixion panel by Timeteo Viti. Similarly, the juxtaposition between Gerard Dillon’s Space Circus, where performers appear to float effortlessly, and Raphael’s Entombment, dominated by a dread sense of weight, provides again a different way of appreciating these two works of art. Works by Jimmie Durham, Kitty Rogers and Giorgio Cugno also illustrate an alertness and sensitivity, both to the human psyche and to the everyday world, an alertness that is

a key feature of Weil’s philosophy.

July 15th – 16th: Live dance performance by Michael Klien and members of the former Daghdha Dance Company, in the upper gallery of the Crawford Art Gallery, at 3.30pm.