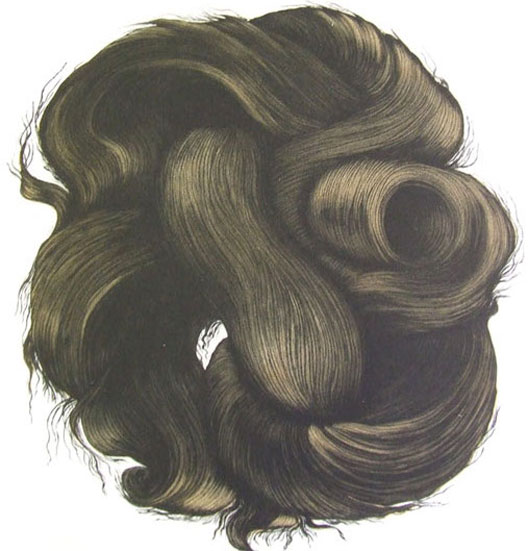 The Irish Museum of Modern Art presents an exhibition celebrating the 50th anniversary of the Graphic Studio Dublin.

The exhibition presents a diverse range of prints from those founding members – Patrick Hickey, Leslie MacWeeney, Liam Millar, Elizabeth Rivers and Anne Yeats – right through to the newer generation of artists integrating print into their wider practices, including Diana Copperwhite and Geraldine O’Neill. The show also presents prints by such celebrated artists as Patrick Scott, Dorothy Cross and the late Barry Flanagan. Writing in the accompanying catalogue, Irish Times art critic Aidan Dunne is struck by ‘how good an historical record [the exhibition] provides of Irish art – and not exclusively Irish art – from the mid-20th century onwards.’

Since 1980, these and other artists have been involved with the studio’s Visiting Artists Programme started by Mary Farl Powers, where international and Irish artists are invited to the studio to work with master printers developing a body of prints that expands the boundaries of their usual practices. This creative collaboration manifests itself in special and often unexpected ways as can be seen in the exhibition. The show reveals itself as an important historical archive, telling the story of the often crucial relationship between printer and artist. From the start of the programme, a small number of master printmakers at the Graphic Studio, including Tom Phelan and current studio Director Robert Russell, have been guiding and mentoring artists through the printmaking process. These shared skills combine to create editions that are unique to the Graphic Studio, as can be seen in the longstanding artistic partnership of William Crozier and Robert Russell whose latest edition is currently being made especially for IMMA’s Limited Edition sales.

The exhibition also marks a forthcoming donation of works to the Irish Museum of Modern Art from the Graphic Studio Archive on the occasion of their golden anniversary. This is in addition to the Mary Farl Powers Archive donation made by her family in 2009.

Graphic Studio Dublin is supported by The Arts Council.