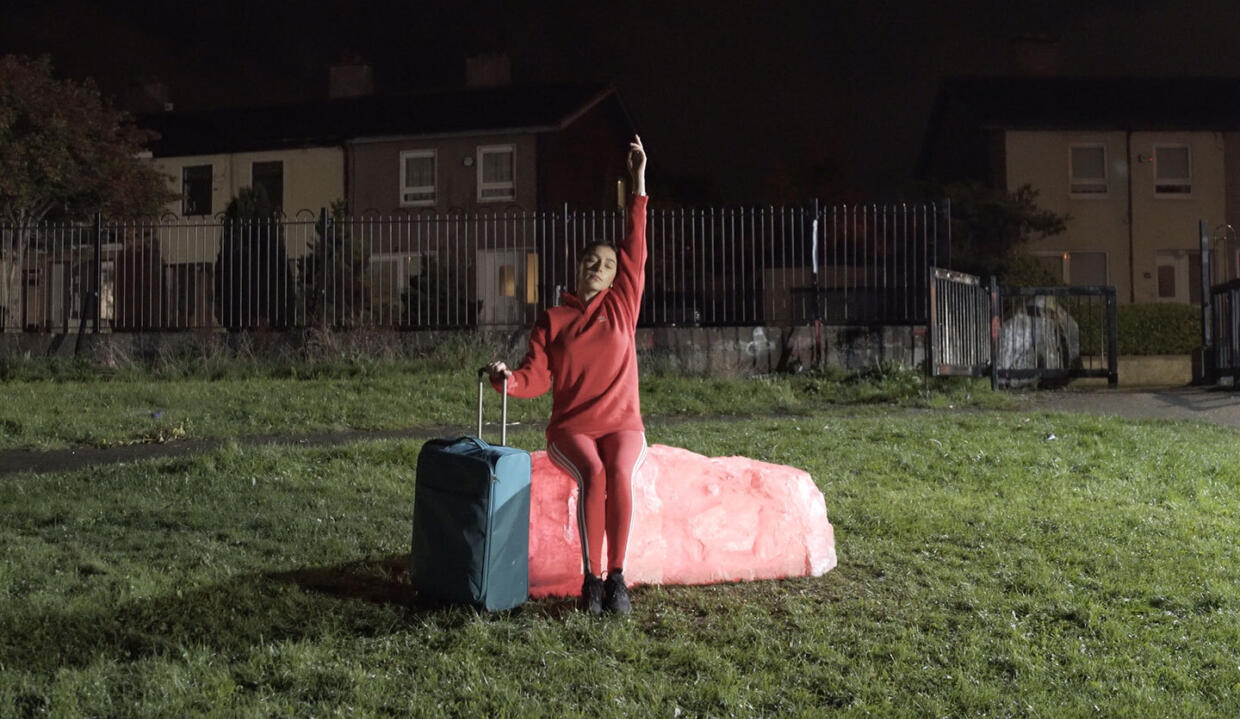 Mary Magdalene; a prostitute, a mad bitch, a woman only important because Jesus forgave her.

Up until now, men have painted the picture of Mary Magdalene.

Tina Malone is on a mission to clear her name.

It’s 2022, we’re in an imaginary Tallaght. Neoliberalism is the prevailing faith-based religion, and money gives men the power to buy any experience they want.

He wants Tina to play her as a fallen woman that he can save, but she won’t play that part. She’s discovered the ‘lost’ Gospel of Mary Magdalene, and she has a better idea.

She has no sermon, she’s trying not to play Jesus, but she will share her Experience.

Artworks about Mary Magdalene start popping up all over Tallaght. A piece of glowing Rose Quartz proclaims that it contains ‘Mary Magdalene Essence’. It feels to Tina like everything is synchronous, like it’s all meant to be. Bernie Brophy – John’s mother – keeps getting in her way. That one thinks she’s the mother of God.

John gets “me-tooed on the fucking internet.” He has what feels like a slow, painful public death. Tina watches it all play out online, conflicted. Then a performance artist invites John to be publicly crucified as a durational artwork in a Gallery. The work is called If you keep acting like a saviour, eventually you will be crucified. John agrees to do it to show everyone how awful it is that he’s being cancelled, in the hopes that he will be forgiven. Jesus forgave Mary Magdalene after all.

Tina seizes the opportunity, she bursts into the gallery to disrupt the performance and clear her name once and for all.

A Mary Magdalene Experience is a new film by Grace Dyas, correcting the record once and for all.

The Magdalene series will explore Mary Magdalene’s associations with the incarceration and institutionalisation of women and other themes such as forced labour, morality, shame, reparation, and penitence.

The series will propose a new world, uncurbed by religious, political, or societal doctrine, a world led by the experience of Magdalene and viewed through the lens of contemporary feminism and feminist theology.