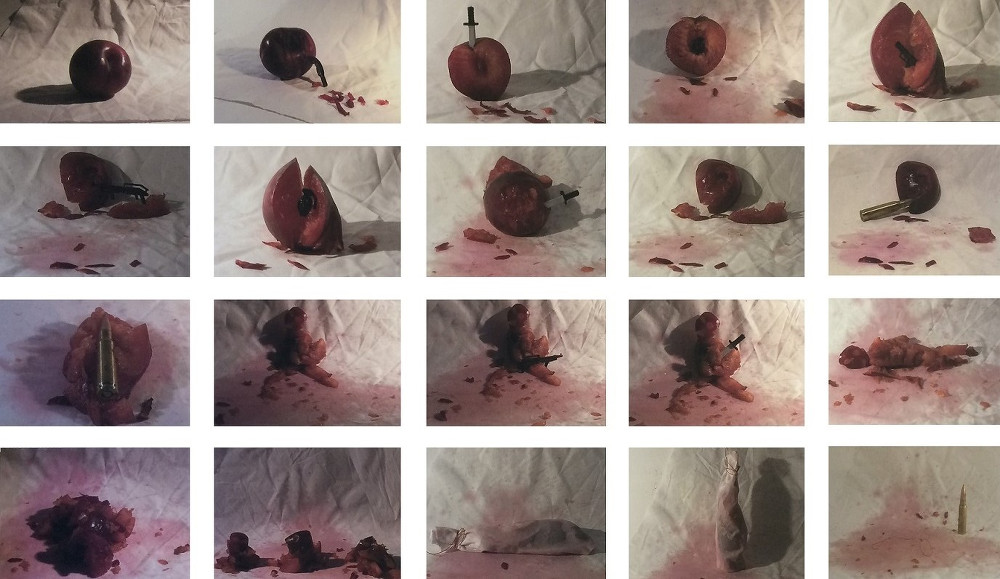 The 6th annual ‘Irish Wave’ festivalis helping seven of Northern Ireland’s leading visual artists exhibit large-scale artworks in two cross-cultural exhibitions in Beijing. Working alongside leading Chinese artists the group will help celebrate the 150th anniversary of the birth of W.B. Yeats and the 70th anniversary of the ending of World War Two. The exhibitions receive thousands of visitors each year and unite contemporary artists from China with leading practitioners from Northern Ireland and the Republic of Ireland.

With principle funding from theArts Council of Northern Ireland, the British Council, the Northern Ireland Bureau, Dublin City Counciland the Embassy of Ireland in China, the exhibitions will open in Beijing and Shanghai in March. They will then travel to Northern Ireland in July, where they will be seen at the James Wray Gallery in Belfast’s James Street South before a tour to London’s Leyden Galleryin October. The exhibition will finally tour to Dublin, where a visit from the Mayor of Beijing will cement the relationship of the two capital cities, now twinned.

To link-in with the ‘Year of the Ram’ in China, the first ‘Irish Wave’ exhibition of 2015, ‘Golden Fleece’, will feature a selection of textile artworks inspired by the Yeats poem ‘Sailing to Byzantium’.

Highlights include a spectacular installation of a porcelain body cast by Mark Revels. Mounted to the gallery wall in a crucifixion pose, it breaks apart with an eruption of colourful woollen virus forms, projecting outwards from the fragmented body and spreading into the exhibition space. The soft virus-like balls are combined with Brendan Jamison‘s wool sculptures of forklift trucks (image provided),animating the gallery floor with vibrant pure yellow.  Artist David Turner utilises Hama beads to present atomic detonations in a beautiful aesthetic.

Mary McCaffrey presents a painting of a paper boat in translucent waters. Turquoise and ultramarine colours complement the fluttering gold sails and the boat appears fragile and vulnerable, pictured at the final moment before being swept into a deep, dark abyss.

Sean Campbell offers delicate, white-textured wall works which have been painstakingly built-up from millions of grains of glass powder into sedimentary layers. They epitomise his pioneering methods of manipulating glass through computer-controlled kiln techniques, allowing him to bend, trap, reflect and absorb light into spectacular imagery.

On the darker themes of conflict, a Beijing exhibition at the Dong Yue Art Museum is inspired by war poetry, opening on Monday 16 March at 6pm. ‘A Meditation in Time of War’ by Yeats offers inspiration for artists like Ciaran Magill who presents a series of hypnotic watercolours of young soldiers. These haunting works are delicately rendered, luring the viewer into a world of danger and beauty, where the human figure can be both fragile and strong.Gail Ritchie explores similar themes symbolically, using a plum to represent the human form. Made in response to the poems of Wing Tek Lum, her photographic work, ‘Little Acts of Cruelty’, shows the systematic brutalisation of a plum by a variety of toy weapons in a series of staged, violent interventions. The work portrays the de-humanising and traumatic effects of conflict.

Chief curator and founder of Irish Wave, artist Fion Gunn said: “I am particularly interested in highlighting interconnections between disparate cultures and groups, engaging in conversations which enable people to understand each other better.” She is working in partnership with Niamh Cunningham, an artist and curator based in Beijing, to present the seven, large-scale group exhibitions for ‘Irish Wave’ 2015.

Exhibiting artist Gail Ritchie said “I am delighted to be part of such a high profile international event and pleased that the work will be seen by such a diverse audience at home and abroad. It’s a great opportunity for all the artists involved to highlight the quality of contemporary art being produced in Northern Ireland.”