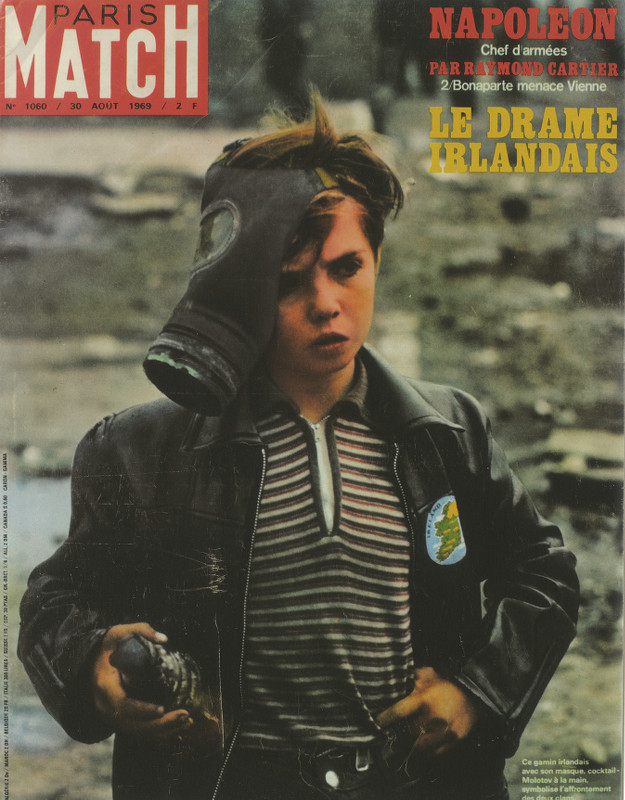 French photographer Gilles Caron is a legendary figure in the field of photojournalism, and one of the greatest photographers to have covered The Troubles in Northern Ireland. In all the different phases of his career, as celebrity and political portrait photographer as well as war correspondent, he has created mesmerizing images of individuals in instances of public and private drama. From 1965 – 1970 he made iconic photographs of a series of wars and social conflicts across the globe. ‘Gilles Caron – In Colour’ features a remarkable new series of sixteen large colour prints of individuals caught up in the events that became known as The Battle of the Bogside in Derry in August 1969. The exhibition at the RCC is the first time that these historic prints will have been exhibited in public. The exhibition is part of an ongoing partnership project between the Nerve Centre Derry and the Fondation Gilles Caron, curated by Declan Sheehan.