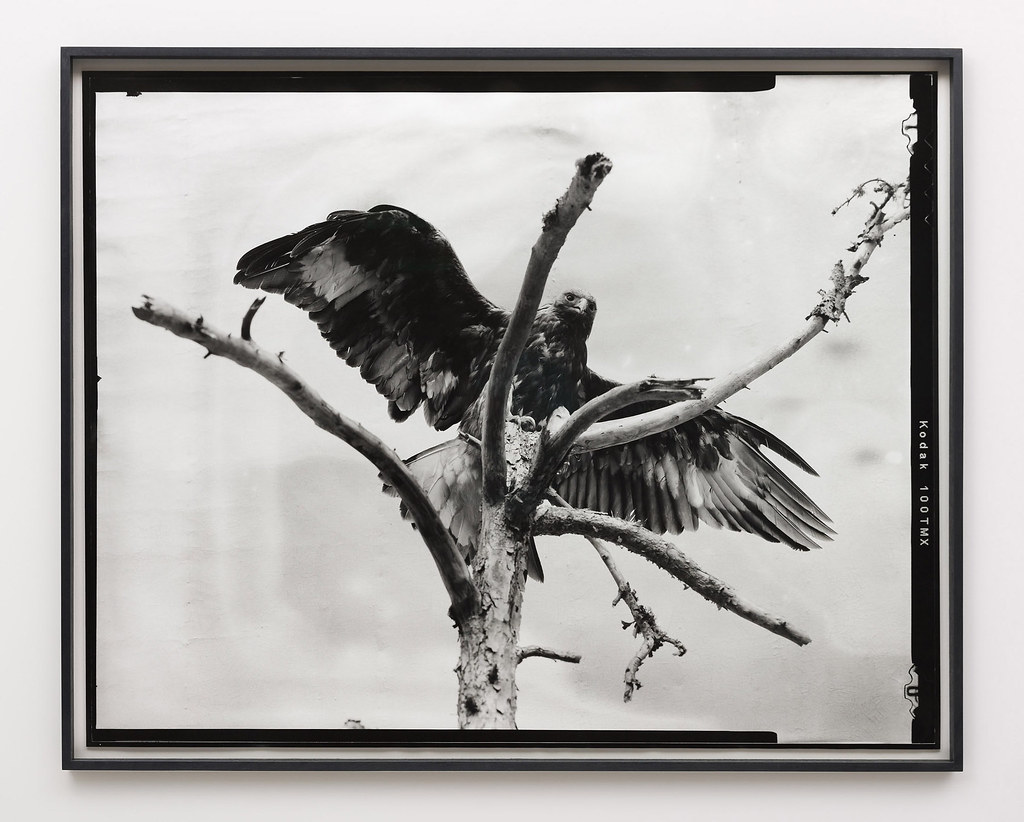 ‘Beasts’, a series of black-and-white, silver gelatin photographs was shot inside the Biologiska museet, Stockholm, a museum which housed a 360-degree diorama depicting a panoramic sweep of the Nordic wilderness, in an elaborate mise-en-scène combining taxidermy with a painted backdrop. The museum remained almost unchanged between 1893 and its unexpected closure midway through Byrne’s production, in 2017.

The artist’s interest in the museum was first inspired by the peculiar visual appearance of the diorama, which is illuminated solely by natural light entering from roof skylights. For Byrne, this dependence on daylight blurred the distinction between museum and camera. With its skylights functioning as lens aperture and its diorama of taxidermy animals poised in frozen photographic stasis, the Biologiska museet appeared proto-photographic, it’s diorama a foreshadow of the Photograph itself. ‘Beasts’ is testament to in-animation; each print pictures the carefully poised relationship between photography and deadness.

Byrne also made a film inside the diorama, ‘Jielemeguvvie guvvie sjisjnjeli’ (Film Inside an Image) 2015-2016. Presented as a Single Channel film and back projected onto a sculptural environment the work is played on a continuous loop. Byrne’s film takes us on a sweeping, never-ending journey though the 360 degree diorama of the Biologiska museet in Stockholm. The unsettling experience is amplified by the accompanying sound track, a multi-layered cacophony of animal calls, bird songs and various other sounds of the wild.

‘Beasts’ and ‘Jielemeguvvie guvvie sjisjnjeli’ (Film Inside an Image) invite us in and around the impossible scene of arrested Nordic wilderness, lit only by limited natural light to ponder such photographic attributes as stasis itself, seamlessness, dust, and the shifting historical contingencies that determine what is a photograph at a given cultural moment.