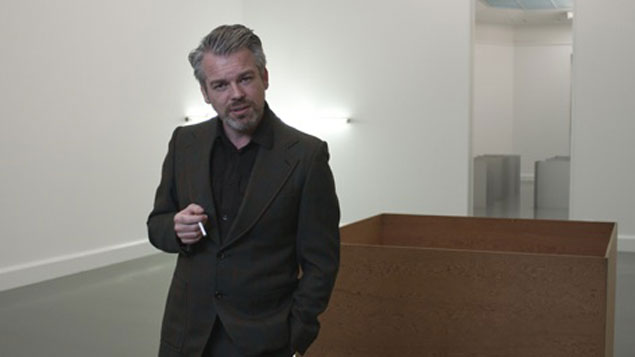 For the exhibition, Lismore Castle Arts has co-commissioned (with the 2010 Glasgow International Festival of Visual Art and The Renaissance Society at The University of Chicago, in collaboration with the Van Abbemuseum, Eindhoven) an ambitious new work by Byrne. A Thing is a Hole in a Thing it is Not is manifested as four separate films about Minimalism, shown parallel to on another. At Lismore Castle Arts new off-site project space, Bryne will present the work UntitledActing Exercise (in the third person), which records the efforts of two actors and a director attempting to understand a script through dramatisation. This work was commissioned for the 2008 Sydney Biennale and will be shown as single projection in the 19th Century fomer Church Hall.

The exhibition will be accompanied by a limited edition publication, designed by the Peter Maybury Studio, which will include a newly commissioned text by Dr. Penelope Curtis, which will be published by Lismore Castle Arts in June 2010. Information on related exhibition events can be found here

For more information on the exhibition or to purchase a catalogue, please call +353 (0) 58 54061 or email info@lismorecastlearts.ie