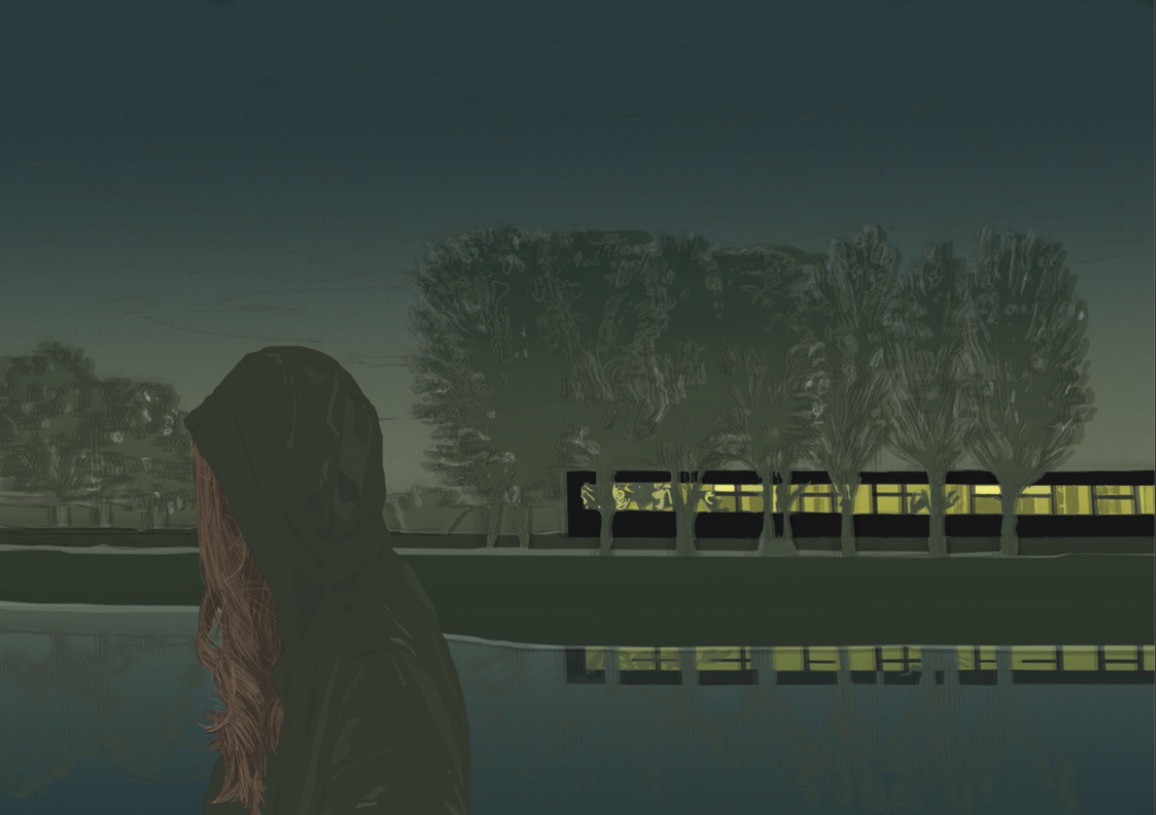 Dlr County Council is delighted to present On Returning, New Work by Gary Coyle, the dlr Visual Art Commission for 2021. Gary Coyle is an Irish artist whose work has always displayed a great connection to his hometown of Dún Laoghaire. He is a graduate of NCAD Dublin and The RCA London, and was elected a member of the RHA in 2007 and Aosdana in 2009. Coyle’s work embraces various media, including drawing, photography and spoken word/performance. Coyle has exhibited widely in Ireland and internationally, and his work is featured in several Irish and international collections including IMMA, Dublin, Crawford Art Gallery, Cork and Dún-Laoghaire-Rathdown County Collection.

On Returning will feature a series of coloured drawings – a new departure for Coyle – based on his regular DART journey between the City Centre and Dún Laoghaire.  In part inspired by Japanese Wood block prints of the 18th & 19th Centuries, they are made on a computer using Photoshop and a drawing tablet.

Speaking about his new works, Coyle says “Since the DART opened in the summer of 1984 I have travelled on it literally thousands of times. I have always loved the sensation of emptying my mind and gliding between the City Centre & Dún Laoghaire. Often, as I passed by a familiar landmark or scene I would think I must make an image of that, but never did. So, with this exhibition I have finally gotten around to exploring that impulse.”

Gary Coyle was awarded the Visual Art Commission 2021 for this exhibition which is funded by the Arts Council and produced by Dún Laoghaire-Rathdown County Council. Coyle is represented by Kevin Kavanagh Gallery, Dublin.

For details of the Gallery Summer Learning Programme go to www.dlrcoco.ie/arts