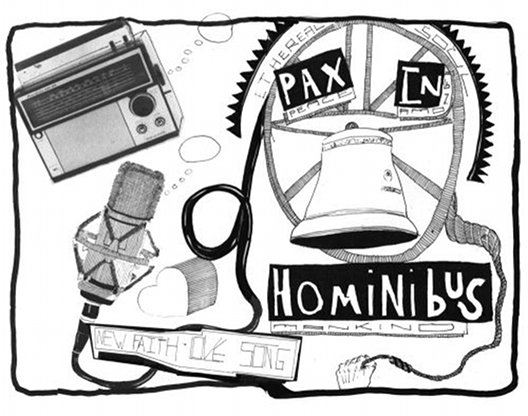 A new project by leading Irish artist Garrett Phelan involving the bell-ringers of two cathedrals and a site-specific installation at the Irish Museum of Modern Art gets underway on Thursday 21 June 2012. NEW FAITH LOVE SONG begins with a live sound work with the bell-ringers of both Christ Church Cathedral and St Patrick’s Cathedral in Dublin city centre, which can be heard along Nicholas Street from 9.00 to 9.25pm on Thursday 21 June. Following on from the performance, an exhibition of drawings, sculptures, animations and photographic documentation by Garrett Phelan will open at the New Galleries at IMMA on Friday 22 June.

NEW FAITH LOVE SONG is a striking embodiment of the modern day dilemma that many feel in relation to faith and the quest for an explanation for the mystery, marvel and miracle of the world around us. As two of Dublin’s most iconic institutions, Phelan sees the cathedrals as transmitters pronouncing the arrival of ‘new faith’. The ambient sound work becomes a living sculpture intertwined with the existing fabric of Dublin’s frenetic soundscape. It is ephemeral, at times distinct and at times fused with the sounds of Dublin city, it reveals itself in different ways to the listener as they make their way along Nicholas Street, but at all times the conversation continues between these two great monuments. The bell towers broadcast this sound beyond its natural limits, staving off its own decay. The sound waves are projected into the ether, with the message that ‘All is OK’ – a modest yet reassuring affirmation of faith.

Phelan views both the live sound work and the exhibition as one piece, the exhibition at IMMA acting as an artefact of the temporal live performance. Exhibited are drawings, sculptures, animations, and photographic documentation of the bell-ringers torsos, ropes and mechanisms within the bell towers. A number of the drawings are a meditation on the process of arranging the sound work; visually rendering the ropes, and notation. ­The exhibition is an extension of Phelan’s sentiment of NEW FAITH LOVE SONG; a testimony and celebration of our very own mortality and our humanity in these uncertain times.

This exhibition was commissioned by former Director of IMMA Enrique Juncosa, and is co-curated by him and Rachael Thomas, Senior Curator: Head of Exhibitions, IMMA.

This exhibition is accompanied by publication designed by Peter Maybury.