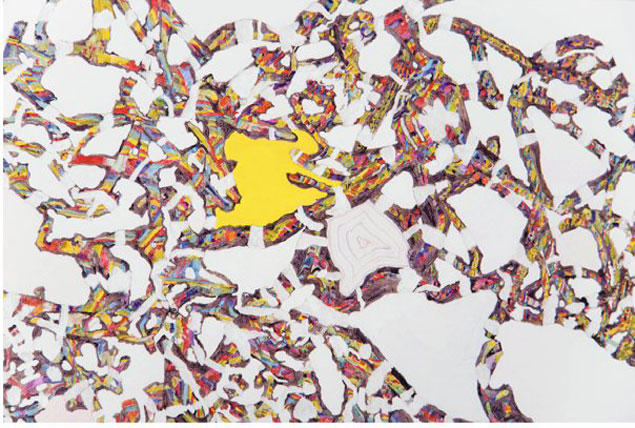 Donal Moloney was born in Cork in 1984. He completed his B.A. in Fine Art at the Crawford College of Art and Design, Cork (First Class Honours) in 2007. He was awarded the U.C.C. purchase prize, the C.I.T. registrar’s prize and the Post-Graduate studio bursary at the Backwater Artist Studios. In 2008 he exhibited in numerous group shows including Selected works from the University College Cork collection‚ in West Cork Arts Centre and This Rather Than‚ in Galway Arts Centre and was awarded an Individual Artist’s Bursary from Cork City Council Arts Office.

Donal completed an M.F.A. in Fine Art at the Slade School of Fine Art, London (Distinction) in 2010. Whilst there he co-edited the Slade School of Fine Art Master’s Print Publication and was awarded the Andor Scholarship. His practice and research involves investigating ideas on time, perception and intention in painting as well as the links between art and craft. He currently lives and works in London.

Born in Dublin. Educated by the Christian Brothers James Street Dublin and at Rockwell College Co.Tipperary, later a student at The Royal Architectural Institute of Ireland, employed as a draughtsman in a Dublin in a structural engineering practice. In 1953 he emigrated to Toronto Canada where he worked in various jobs, attended art classes at the Doon School of Art in Ontario. He then returned to Ireland, and subsequently London living in a house with the sculptor Frank Morris.

To be in London and artistically ambitious at this time was hugely exciting. A spell as a stagehand at the famous Stratford East Theatre directed by Miss Joan Littlewood, where he designed sets for Unity Theatre & Charles Marowitz’s open space Theatre, London. He was invited by Nancy Wynne Jones to stay in her house Nr., Penzance as one of artists in residence. There he met and became friends with Tony O’Malley, who introduced Frank to other artists including Roger Hilton, Bryan Wynter and Patrick Heron. Frank particularly admired the work of Peter Lanyon. A frequent visitor was the sculptor Conor Fallon. In 1961 he returned to London, maintaining contacts and visits to St Ives, he rented a studio close to the Michelin building off the Fulham Road. He had his first one man show, at the Traverse Theatre in Edinburgh by Richard Demarco which turned out to be a very fruitful partnership. Frank was part of the Demarco inaugural exhibition at his new gallery and this was followed by another one man show. His work was included in an exhibition of contemporary British Painting at the Museum of Modern Art Warsaw. His work is included in the Office of Public Works Ireland. Frank is delighted to be given the opportunity to show new works at the Wandesford Quay Gallery.

Open Wednesday to Saturday 10am – 6pm﻿