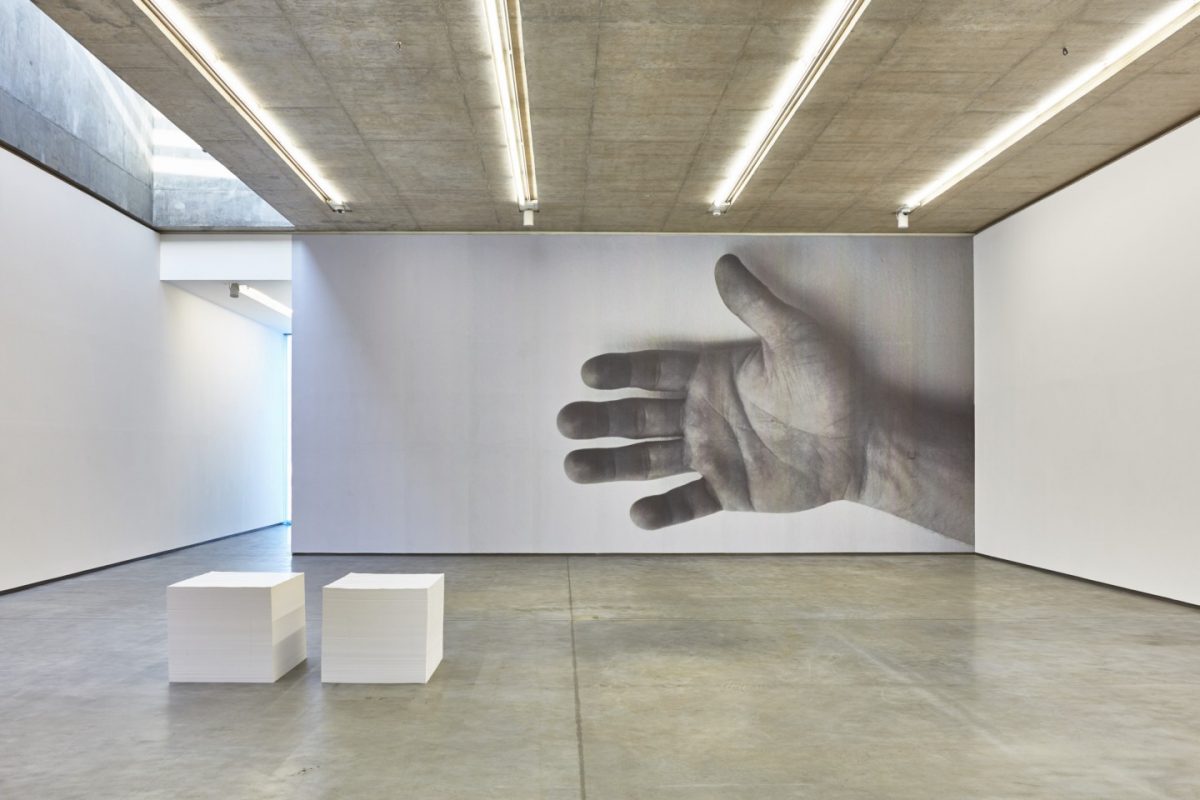 This winter, seminal work by Cuban-born American artist Felix Gonzalez-Torres fills all three of the MAC’s galleries whilst also spilling out beyond the building into the city, becoming entwined with the urban landscape of Belfast. Beyond our building you will find the work further unfolding at these locations.

Curated by Eoin Dara, Felix Gonzalez-Torres: This Place is the largest presentation of the artist’s work in Ireland to date. The exhibition, which includes a nuanced selection of works made by the artist between 1987 and 1994, seeks to explore the rich contextual pluralities inherent in Gonzalez-Torres’s work in relation to contemporary culture in Northern Ireland, considering dichotomies between solidity and fluidity, proximity and distance, unity and disarray, harmony and discord.

Throughout his career Gonzalez-Torres sought to respond to, subvert, and potentially challenge dominant social or political ideologies and beliefs, often using his artworks to poetically or playfully engage in dialogue about agency and ownership within public and private spaces. Within so much of his work is an invitation, or some might say provocation, to consider the role of art in questioning accepted societal truths, which remains as open and vital today as it did when it was first extended to the public over 25 years ago.

“Felix Gonzalez-Torres was undoubtedly one of the most influential artists of the latter half of the twentieth century, and his work continues to inspire new generations of artists, curators and audiences today. We’re hugely excited to be able to bring this beautiful work to the MAC, and hope this project will demonstrate the malleable brilliance of Gonzalez-Torres, as a Cuban-born American artist working in the US in the late 80s and early 90s, whose emotionally lush and disarmingly chameleonic work can seamlessly fit into a never before explored setting in Northern Ireland.” Eoin Dara (Curator)

Alongside the exhibition there is be a public programme responding to the work involving celebrated artists, writers and academics – see below for information and to book.

Eoin Dara, curator of This Place, will lead a guided tour through the gallery spaces, talking about the development of the project and how we might consider Felix Gonzalez-Torres’s work in Belfast in 2015. In association with the Outburst Queer Arts Festival.

Tuesday 17 November – United in Anger: A History of ACT UP

In his lifetime, Gonzalez-Torres always sought out a communal, active audience. His art is not meant for passive by-standers, it is offered up as a source of collaboration and active participation. In light of this we are proud to be hosting a screening and talk, in association with Outburst Queer Arts Festival, with author, activist, academic and contemporary of Gonzalez-Torres, Sarah Schulman, considering powerful models of collaborative community activism developed in response to the AIDS crisis in the US at the end of the twentieth century.

As the MAC stages a billboard work by Gonzalez-Torres for the first time in Northern Ireland, curator and writer Paul O’Neill will give a public lecture in relation to this body of work. In this talk O’Neill will read Felix Gonzalez-Torres’s billboard series through the theoretical lenses of heterotopia, sexuality and a notional double-loss of place. This event will examine these works and explore their sense of ‘otherness’ in place, through what is visible, what can be seen and what is being performed through their representation and positioning in the public place-world.

To mark the close of the project, the MAC will be presenting a newly commissioned text by writer Maria Fusco, developed in response to the work of Felix Gonzalez-Torres and on the occasion of the exhibition This Place.