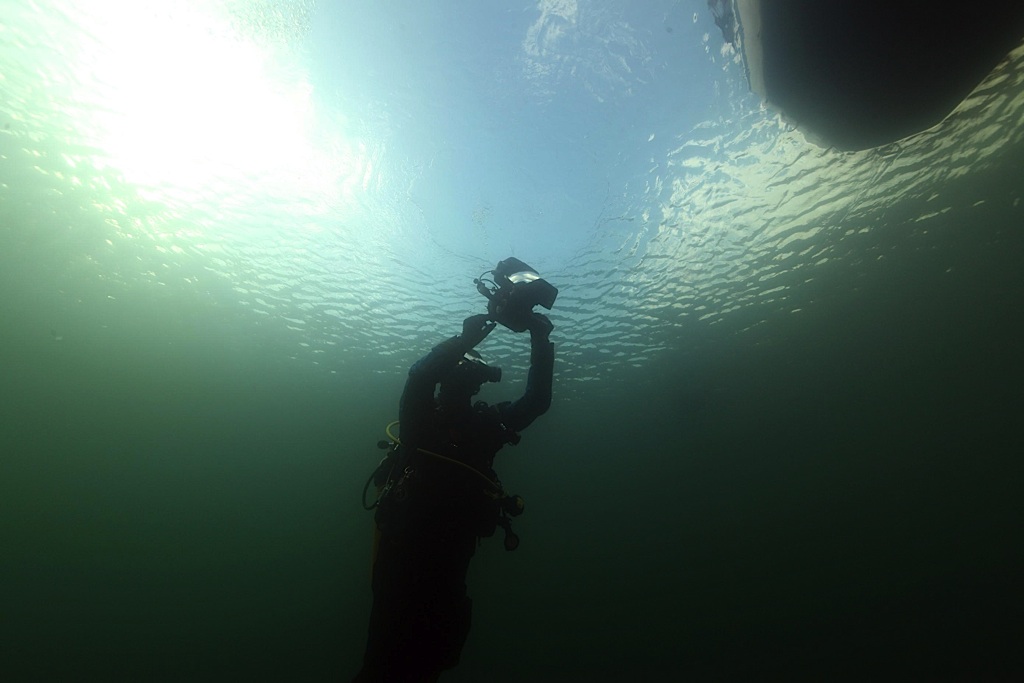 Collectively they explored the history and legacy of post-war disarmament of German submarines at the end of World War II. The group have use underwater imaging technology to make visible, what remains below the sea. There are more German U-boats sunk off the Donegal coast than anywhere else in the world. FATHOM features archival and new footage of the sunken U-boats off Malin Head. Pathé News footage represents ‘Operation Deadlight’, this was the code name for the scuttling of U-boats surrendered to the allies at Lisahally Port, Derry at the end of World War II. The exhibition communicates something of the sensory experience of being underwater amongst these ghostly remnants of past conflicts. The project commenced with a collaborative research phase which examined related archival material, documentary footage and publications.  A number of research visits were undertaken to the Inishowen Maritime Museum, Greencastle to explore their  collection of related artefacts. The group then selected primary ‘dive sites’ for filming in the waters off Malin Head. This collaborative process resulted in the development of a series of immersive films that draws on an age of subterfuge and surveillance.

FATHOM Seminar will be held on Saturday 14 November, 10am – 5pm. This informal seminar will explore the potential of collaborative arts in rural contexts. A variety of projects and approaches will be considered including collaborative and community based practices that rely on social engagement and exchange.

Free lunch and bus will be provided email rcc@donegalcoco.ie