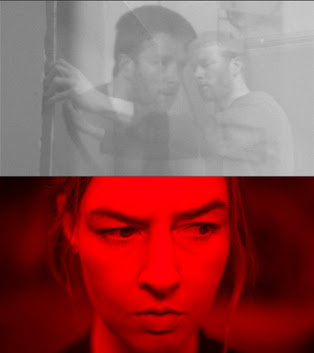 Experimental Film Society (EFS) is a not-for-profit entity that promotes, archives and sometimes produces work by a dozen filmmakers operating in several different countries. Although each member has a distinctive vision, they are united by an uncompromising devotion to personal, experimental cinema. They have in common an exploratory approach to filmmaking where films emerge from the interplay of sound, image and atmosphere rather than traditional storytelling techniques. EFS was founded by Dublin-based filmmaker Rouzbeh Rashidi, who continues to curate and run the organization.

Although international in scope, EFS is notably at the centre of a new energy in Irish experimental filmmaking and crucial in fostering a radical Iranian underground cinema. A series of six bi-monthly screenings at Temple Bar Gallery + Studios will present not only the work of EFS members, but will juxtapose it with films by other contemporary experimental filmmakers, exploring and identifying a strong and vital tendency in alternative cinema today: personal, formalistic, anti-narrative, often uncanny. Work that pushes the boundaries of film and video in conveying unique and unsettling worldviews that can only be expressed through extreme cinematic forms.

The first programme will showcase the five EFS members who are from or are currently based in Ireland: Rouzbeh Rashidi, Maximilian Le Cain, Dean Kavanagh, Michael Higgins and Jann Clavadetscher. The films selected will identify the specific qualities of each filmmaker, as well as indicating where they overlap and the fruitful history of collaboration that they share.

2_Light From An Old Town (17mins) By Dean Kavanagh