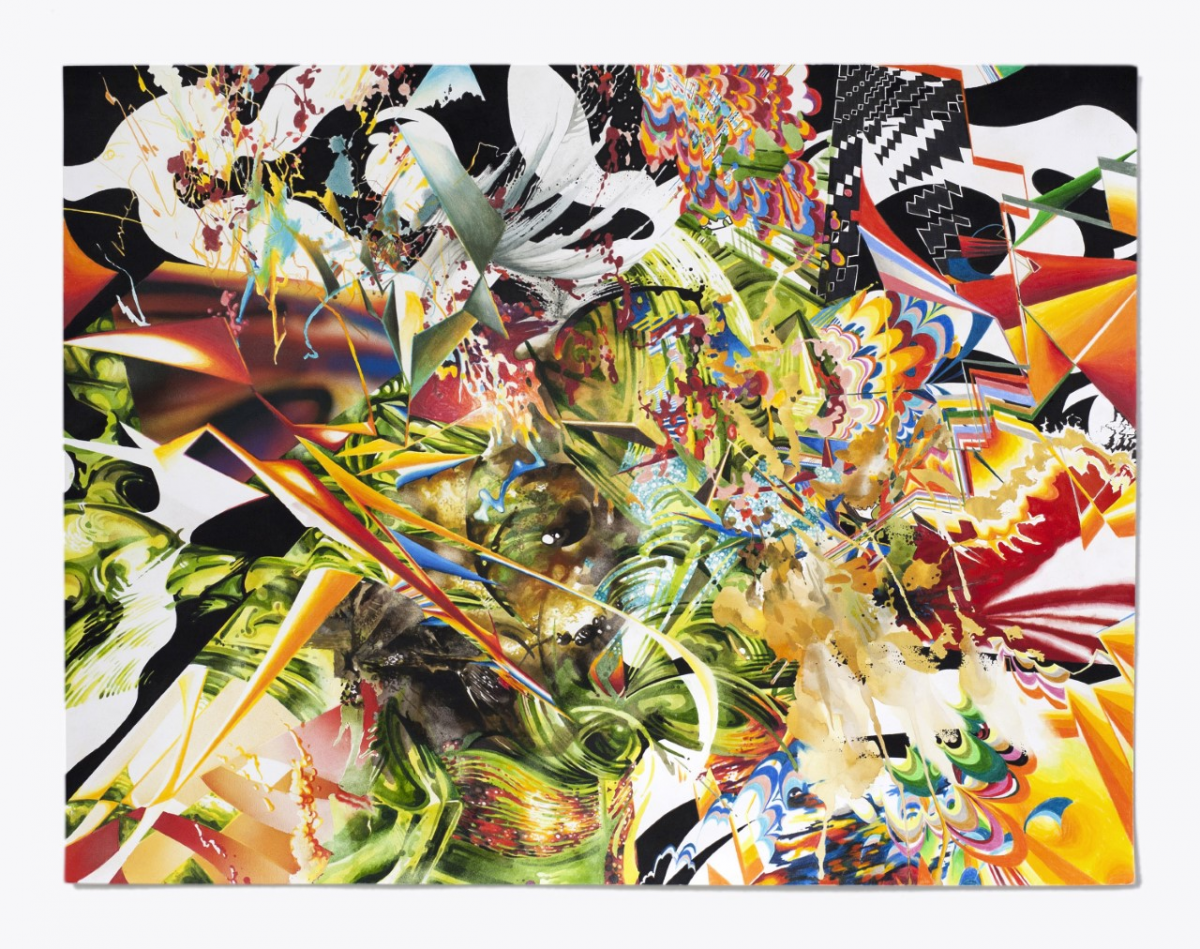 Eoin Mc Hugh’s third solo exhibition with Kerlin Galleryis is titled, Loje, jelo, laso, which means red, yellow, blue in Toki Pona, an invented, philosophical language first published in 2001. Toki Pona attempts to communicate with the simplest means possible and contains only 125 root words and 14 phonemes. Loje, jelo, laso are the only words for colour in the language. The show is based around mixed-media drawings, made with a variety of techniques, from technical and quill pens to brush-and-ink and airbrush. The exhibition is an exploration of the possibility of the creation of a new visual language.