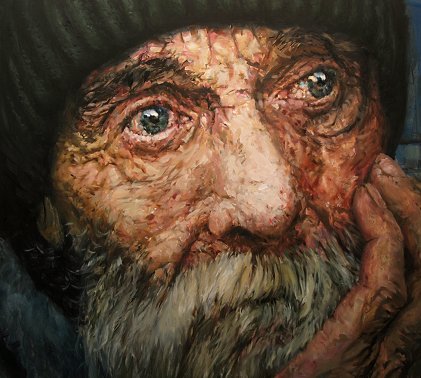 An article in The Economist in late 2010 observed the lack of reaction to the economic collapse of Ireland on the part of writers and artists. There is ‘little sign of an artistic response to Ireland’s crash’, the journalist noted. ‘I spotted no exhibitions devoted to depictions of the new misery wrought on Irish lives. …’. More than a year on, when the effects of the crash are even more evident, Eoin Mac Lochlainn’s exhibition Home offers a still rare engagement with contemporary problems of homelessness, poverty and social disintegration. Gleaned largely from internet images of anonymous victims and unspecified buildings the exhibition brings the uncomfortable realities of present-day Ireland into the rarefied atmosphere of the gallery.