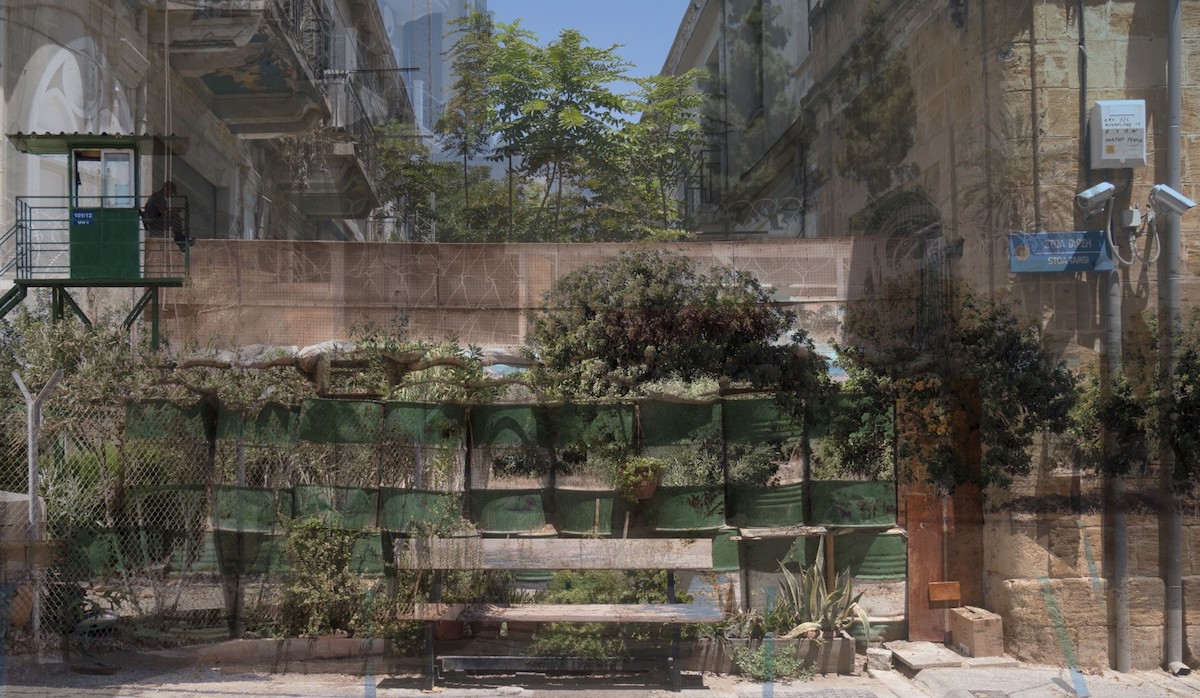 Why do nation-states desire walls? What do walls promise to secure, protect, contain or keep at bay? These are questions Elaine Byrne interrogates in her new work, borderline.

As nations are building fortified boundaries at an accelerating rate, Byrne uses photography and sculpture to examine the anxieties of sovereign impotence such “walling” betrays. Her work layers impossible perspectives and excavates the motivations for constructing these barriers. Traversing boundaries from Tijuana, Mexico to Melilla in Spain, Byrne reflects that, on the surface, these walls vary in what they aim to deter –workers or asylum seekers; drugs, weapons, terror; ethnic or religious mixing—yet there are common dimensions to their proliferation at this moment in world history.

Often, the true purpose for constructing fortified barriers is not one of national security but economics. Each of the new boundary can be seen to issue from certain pressures on states exerted by globalisation, where a globalised world harbors fundamental tensions between opening and enclosing. These tensions materialise a contradiction between increasingly liberalised borders on the one hand, and the devotion of unprecedented funds and energies to border fortification on the other.

Apart from what they purport to ‘do,’ border walls respond to the effect of declining sovereignty and in part to fantasies and anxieties by generating a national imaginary. Plumbing the visual and psychic dimensions of these forms, borderline examines how the spectacle of a wall gratifies a wish for sovereignty to be restored to the people and the state.

Byrne’s artwork has been exhibited nationally and internationally. She has presented work at Rosenbach Museum and Library, Philadelphia; Slought Foundation, Philadelphia; Elizabeth Foundation, New York; ISCP, New York; Montoro12 gallery, Rome; Limerick City Gallery, UAM, Mexico amongst others. She was awarded the RHA Curtin O’Donoghue Emerging Artist Photography prize and was winner of 8th Arte Laguna Venice sculpture prize (2014) and the TINA prize (2015). She was awarded a studio at ISCP in NY as part of their ground floor program. Her work is in permanent collections including: the Philadelphia Museum of Art, Pennsylvania; the Rosenbach Museum and Library, Pennsylvania; Office of Public Works and The Department of Foreign Affairs, Ireland. She has an MA in Visual Arts Practices from IADT, Dublin and was a 2014-2015 Fellow at the Whitney Independent Study Program.