Ed Miliano: Nothing Gold can Stay 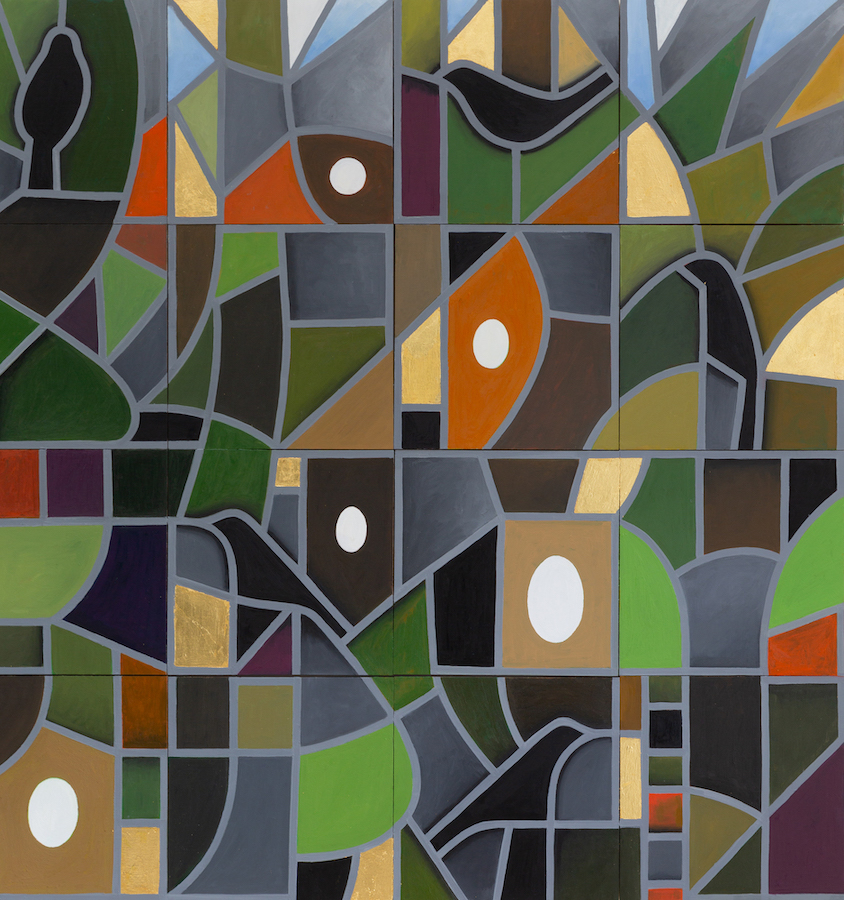 Exhibited for the first time, in its entirety, a large new work by Ed Miliano.

While living in Japan, Miliano found 100 wooden panels which returned to Ireland with him and remained in storage until the right time came to confront them. Miliano begun by hanging fifty panels on one wall of his studio and was compelled to draw directly on the panels with charcoal. The work soon took on a life of its own, abstract shapes began to appear and the artist found that a drawing started to emerge as he added colour using a naturalistic palette and then gold leaf.

As the work was too large for the artist’s studio, it had to be painted in sections by a rotation system and took over a year to complete. During this time Miliano felt a connection to the poem Nothing Gold Can Stay by Robert Frost and its references to the impermanence of nature. The poem with changing seasons as a metaphor for life, captured much of what the artist was thinking about while making this work, during times of covid.

Nothing Gold Can Stay by Robert Frost

Nature’s first green is gold,
Her hardest hue to hold.
Her early leaf’s a flower;
But only so an hour.
Then leaf subsides to leaf.
So Eden sank to grief,
So dawn goes down to day.
Nothing gold can stay.

Having been inspired, while living in Japan, by the use of gold to bring light into windowless rooms and how during the Renaissance gold was used in religious paintings, Miliano explains “When the painting was nearly completed I added gold leaf to the edges of the painting and created a kind of halo around its perimeter. In changing light, the gold glows and reminds us of the transience of our own lives.”

Ed Miliano lives and works in Dun Laoghaire. He was born in New York, and studied at Pratt Institute in Brooklyn, NY. His work includes painting, sculpture and printmaking. His past projects include Diary, when he painted the view from his studio window every day for more than a year. Diary was shown at the RHA as part of Futures 12 exhibition. In 2014, Ed painted a wrap-around mural called Fartha Woods in a building at Joseph Walsh Studios. This led to a solo show at Oliver Sears Gallery called Woods in 2016. During a four-year period working in Tokyo, Ed studied Mokuhanga (or water-based woodcut) printmaking with a Master Printer.

His work is in private and public collections including Axa Insurance, Business to Arts, Hibernian Railways, Joseph Walsh Studios, the Office of Public Works, and the Ballinglen Museum of Art.