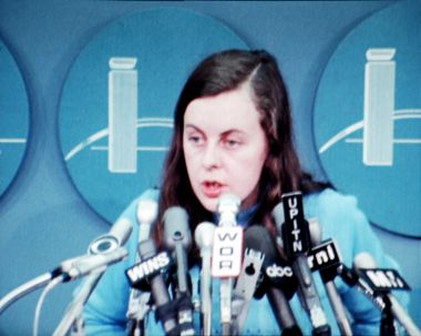 IMMA presents the first major exhibition in Dublin by Turner Prize Nominee Duncan Campbell. Irish-born artist Duncan Campbell ‘s (b. 1972) artistic production spans several media and concerns itself with the power of stories and the boundaries between the actual and the imagined, historical narrative and media representation, record and interpretation.

Campbell’s work blends the inherent promise of storytelling with the breakdown of narrative and meaning. His preoccupation with truth and refusal to adhere to prescribed or narrative conventions resonate in recent works such as Arbeit (2011) about the German economist Hans Tietmeyer who played a key role in the centralization of the European financial system and Make It New John (2009), which takes as its subject the American automobile engineer and magnate John DeLorean and his iconic DMC-12 car, as well as the West Belfast plant where it was produced. Similar notions are addressed in Bernadette (2008), his documentary about controversial Irish republican MP and civil rights activist Bernadette Devlin.

The exhibition will be accompanied by a guide.