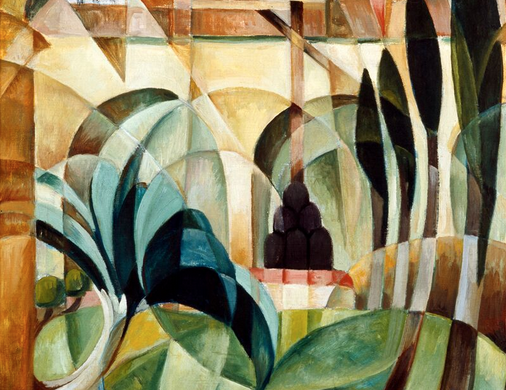 A selection of iconic works from the Drogheda Municipal Art Collection from some of Ireland’s best known and influential artists dating from the eighteenth century to present day will be shown in the Dr. Tony Ryan Gallery.

The Drogheda Collection was founded by the artist Bea Orpen and her husband, C.E.F. (Terry) Trench in June, 1946. At their request, the Drogheda Corporation appointed a Municipal Art Gallery and Museum Committee, which during the following thirty- five years collected over sixty works of art. These were acquired mainly through donation either by the artists themselves or by other benefactors. As is the case with most of the other Irish municipal art collections, a substantial proportion of these donations came from charitable bodies such as the Friends of the National Collections of Ireland and the Thomas Haverty Trust. Whilst the Drogheda collection offers a fine representative survey of early to mid-twentieth century Irish art, it also has a distinctive local flavour, gained both from the presence of works by contemporary Drogheda artists such as Nano Reid, Bea Orpen and Simon Coleman, and by paintings of local scenes. These latter include a number of eighteenth and nineteenth century landscape paintings, notably by Gabriele Ricciardelli and Anderson Paisley, some of which had originally been in the possession of Drogheda Corporation.

RHA Director, Patrick T. Murphy, working alongside Aoife Ruane, Director of the Highlanes Gallery, Drogheda has curated a selection of highlights from the collection.