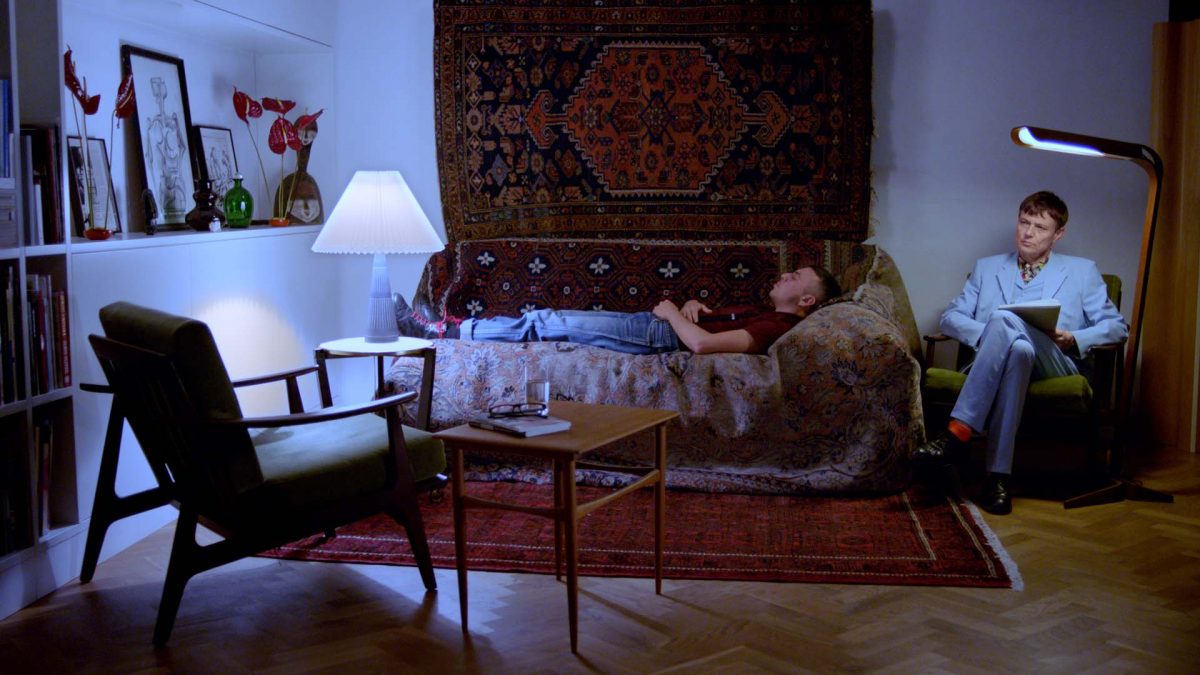 As part of our Cork Film Festival 2019 schedule, we’re pleased to present Prototype I by Doireann O’Malley

Prototype I focuses on female-to-male gender transition and its intra-relational proximity to bodies, drives and the virtual and symbolic, real and imaginary orders – both with and without the ‘boundaries’ of the human. Observing three protagonists in sessions with a psychoanalyst played by the legendary queer artist Hans Scheirl, the analysis meanders through a dreamworld of symbols, giving voice to transgender embodiments.