Diana Copperwhite: An Island from the Day Before 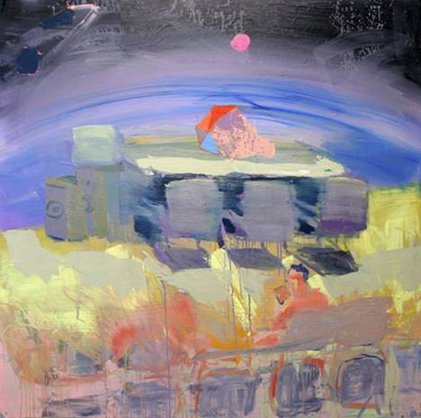 “Copperwhite’s work focuses on how the human psyche processes information, and looks at the mechanisms of how we formulate what is real. With her work, she is fully aware that such realities may only hold validity for an instant, and that we are constantly processing and changing what we logically hold as experience and memory. Layering fragmented sources that range from personal memory to science, from media and internet to personal memory, Copperwhite’s canvases become worlds in which the real is unreal and this unreality is in a constant state of reforming.”

In 2007 she was winner of the AIB Art Prize and in 2008 she was a finalist in the Guasch Coranty Fundacio Painting Prize, Centre Cultural Metropolita Tecia Sala, Barcelona. In 2008 she completed a Project Residency at Temple Bar Gallery and Studios and was also elected ARHA by the Royal Hibernian Academy , Dublin.