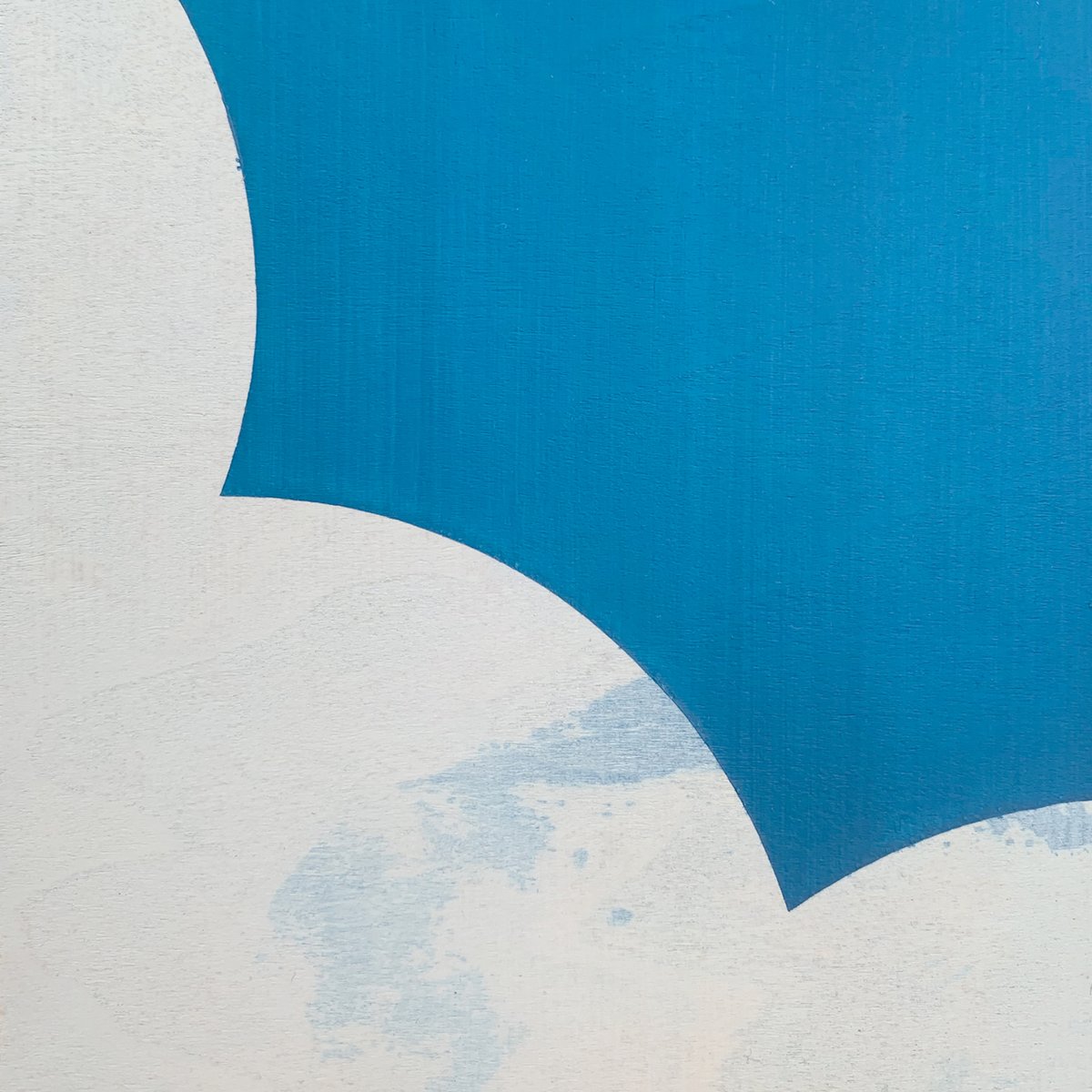 ‘There is an observable bias in our perception for simple configurations, straight lines, circles and other simple orders and we will tend to see such regularities rather than random shapes in our encounter with the chaotic world outside.’  –  E.H. Gombrich, The Sense of Order.

For this series of new works, Kelly borrows from a previously made painting which referenced the design of a Georgian period Adams fanlight and examines the nature of the concave form and how it may suggest the illusion of space. The paintings relate to aspects of the real world, but do so indirectly. Through his pared down painting process, the forms become more detached and less associated with the reality outside. They become something within themselves, something outside of representation. The painting language that Kelly uses relates historically to modernism and in particular to geometric and minimalist painting. This is a language of simplified form that has penetrated our contemporary world of signs, design, architecture and communications.

The paintings are made on found wood or canvas. The found wood contains marks and abrasions that act as a counter to the hard edge painting, offering a natural or poetic characteristic – a figurative element in a field of geometry. Kelly considers these works as an investigation of figure/ground relationships and how the illusion of space can be created on a two-dimensional surface. He sees the challenge as how to create a structure that can hold the elements within the painting in balance, equilibrium and unity. Here, each work is enclosed and framed by a series of concave arcs. The concave nature of the frame suggests a pushing movement inwards as if to fill the space. When the pointed corners are fixed upon, the central shape pushes outwards becoming figure and the frame becomes ground. The oscillation is often interrupted by the addition of a line or field of colour, in order to confirm or contradict the illusionism. Oil or acrylic is mostly used and often bleeds beneath the masking where it is allowed to remain or is re-painted. The paint is applied flatly and thinly in layers where markings or the texture of the support can show through. Colour choices are intuitive and are always relational.

According to Ulric Neisser in Cognition and Reality, ‘what is seen depends on how the observer allocates his attention; i.e.  on the anticipations he develops and the perceptual observations he carries out’. These paintings are an interrogation of the visual, exploring aspects of spatial ambiguity and how we perceive.

Denis Kelly is an emerging visual artist based in County Kildare. He holds an MFA in painting from NCAD and a BA in Visual Arts Practice from IADT Dún Laoghaire. Previously, he worked for a number of years as a graphic designer in Dublin before taking up painting in 2007.

His paintings are part of the Office of Public Works Collection, Dún Laoghaire-Rathdown County Collection and held privately in Ireland, UK, Germany and USA.