Daphne Wright: At a time 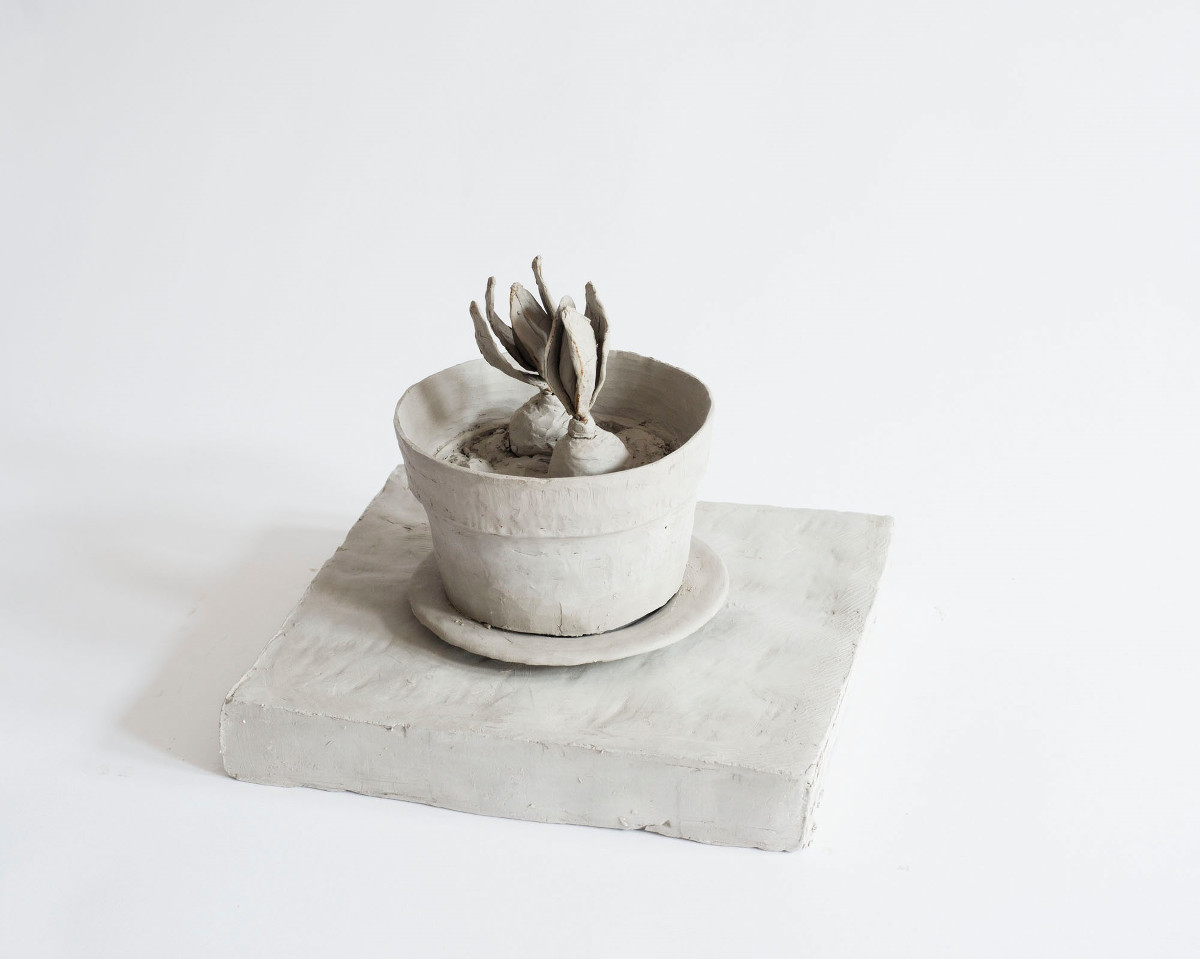 Daphne Wright is known for her poignant sculptural installations, which use a variety of techniques and materials including photography, plaster, tinfoil, sound, voice and video. Her art is the result of a relentless curiosity into the way in which a range of languages and materials can create an involvement with often unspoken human preoccupations.

In this exhibition many of the works deal with the subject of children and childhood, both from the adult and the child’s point of view.  Clay Heads, is a collection of 11 busts in unfired clay. This work developed from looking at children’s self-portraits and also references tribal masks and early modernism. It evokes different personalities with the sparest of means.

Sons is a poignant double portrait of the artist’s children. The upper bodies are cast from life in Jesmonite giving them a strange truncated quality,  the piece is delicately painted imparting an unsettling presence to the two casts

Two video works, If you broke me and I am the beginning,  show two solitary boys speaking in riddles to the camera. In each piece the child’s face is painted; as a tiger in If you broke me and with a beard in I am the Beginning. Here these popular riddles are made strange, the monotony of each boy’s voice and their unblinking stare creates a heightened tension, and the riddles take on a different significance beyond that of simple childhood rhymes and logic puzzles.

A video projection entitled I know what it’s like is a haunting and at times uncomfortable evocation of memory, heartache and isolation. In it an elderly woman gives a startling performance of six disrupted statements to camera, exploring social taboos such as breastfeeding, sexuality, ageing and parental coldness.

2016 a solo exhibition at The Arnolfini, Bristol (Forthcoming)

2015 At a time, a solo exhibition at the Limerick City Gallery of Art, Limerick

2014 A Small Thing to Ask, a solo exhibition at Frith Street Gallery

2012 _ Presence: The Art of Portrait Sculpture_ a group show at The Holburne Museum, Bath

2012 Garden of Reason, a group exhibition at Ham House, Richmond

2011 House of Beasts, a group exhibition at Meadow Arts, Shrewsbury

2010 Traits of Sidney, a solo exhibition at Frith Street Gallery

2009 The Prayer Project, a solo exhibition at The Quad Gallery, Derby

2009 a group exhibition at Visual Centre for Contemporary Art, Carlow