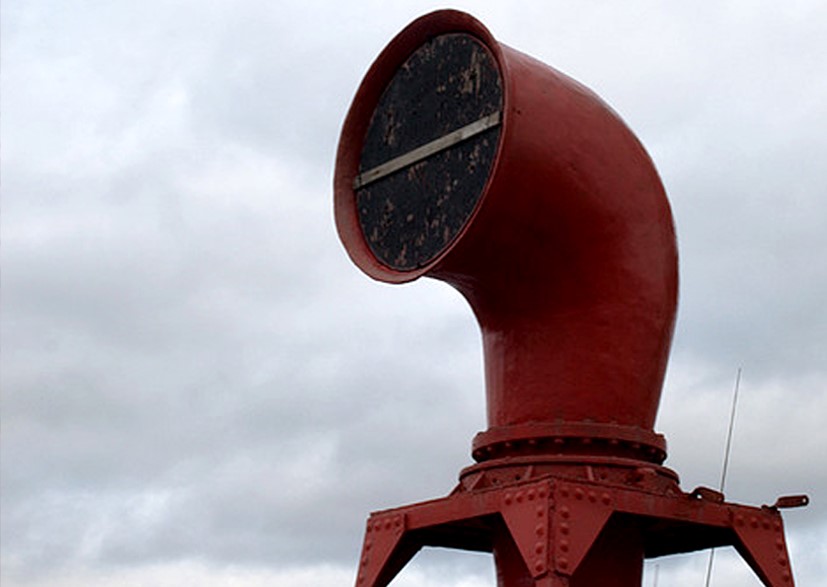 Found Sound (Lost at Sea) 11.1.11 is a sound installation by artist Danny McCarthy which, on Tuesday 11 January 2022, will resonate across Emmet Place outside Crawford Art Gallery, infiltrating the surrounding soundscapes of Cork City.

The performance of the sound work will commemorate the eleventh anniversary of the last foghorn sounding from lighthouses along the Irish coast, a practice that ceased on 11 January 2011.

Found Sound (Lost at Sea) 11.1.11 was created as a result of the artist’s interest in acoustic ecology and the work will sound intermittently throughout the day, establishing a transient presence to a once imperative soundtrack to daily life.

Danny McCarthy’s work, which has recently joined the national collection, is unique to Crawford Art Gallery’s context. The Gallery was originally built in 1724 as Cork’s Custom House and the sound work recalls its ties to the city’s commercial success, since the eighteenth century, as a key port to the Americas and beyond. Cork Harbour also lays claim to being one of the largest natural navigable harbours in the world and, as the city’s motto of ‘Statio Bene Fida Carinis’ announces, still offers a safe home to seafaring travellers, tourists, and inter-continental shipping.

Crawford Art Gallery is delighted to mark the eleventh anniversary of this important work by Danny McCarthy and invites visitors to stroll by the gallery on Tuesday 11 January for this echo of a once ubiquitous, but now lost coastal sound.Danny McCarthy is one of Ireland’s pioneers of performance art and sound art for over forty years and continues to be a leading exponent, exhibiting and performing both in Ireland and abroad. In 2006, he founded The Quiet Club with Mick O’Shea, a floating membership sound (art and electronics) performance group. He is a founding director of Triskel Arts Centre and the National Sculpture Factory.