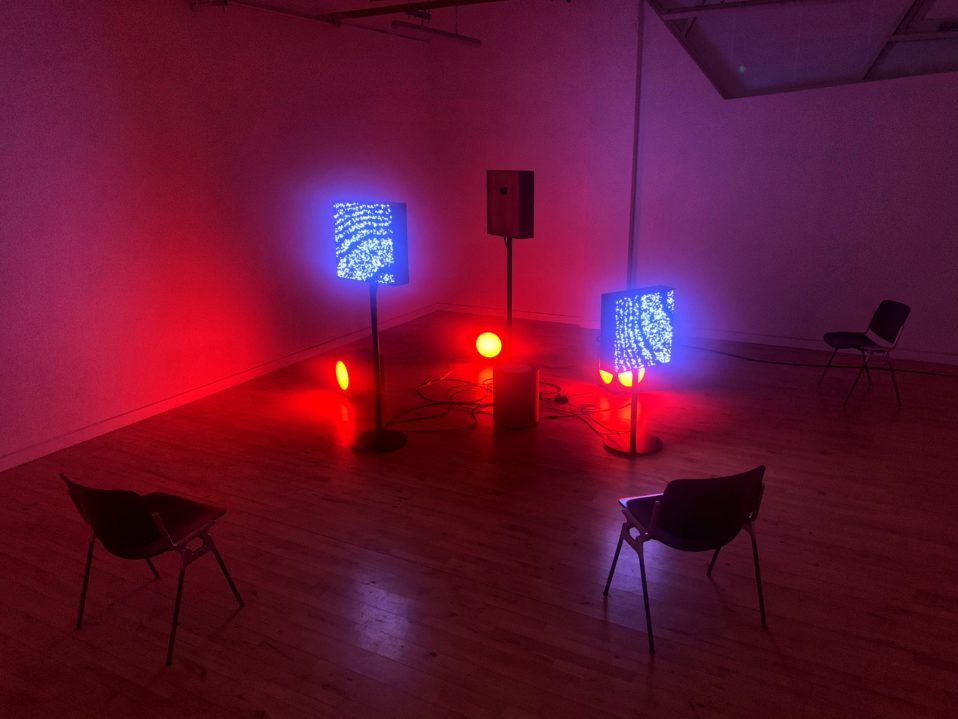 “Cell-like forms hatching, splitting, segmenting in snake-like forms.
The drones of insect wings and human machines.
Animal growls and metallic friction.
The development and slow decay of an organism.”

Now coming to the Regional Cultural Centre for as month-long visit from Tuesday, 15th March, using a simple set of shapes, materials and layout, the installation aims to evoke the essence of the ensemble.

Empty chairs highlight the absence of the musicians, but offer the audience an opportunity to sit and experience the work in a multimedia environment.

Wooden light-boxes, video panels and speakers are the ‘instruments’ of this beautifully crafted ensemble of objects – light and video visually underscoring Barry’s work as it plays on a loop from start to finish.

The video artwork for the LED panels is made specifically for Wingform. Inspired by the composer’s naturistic themes, the imagery on the panels evolves as the piece progresses.

As part of its 2022 national tour, Crash Ensemble will perform at An Grianán Theatre, Letterkenny, on Thursday, 5th May. The programme will include a selection of its [REACTIONS] duos as well as a new work ‘Standing Water’ by Kevin Terry, winner of the NCH Jerome Hynes Young Composers’ Award and miniatures from our collection of [REACTIONS] Postcard Pieces.