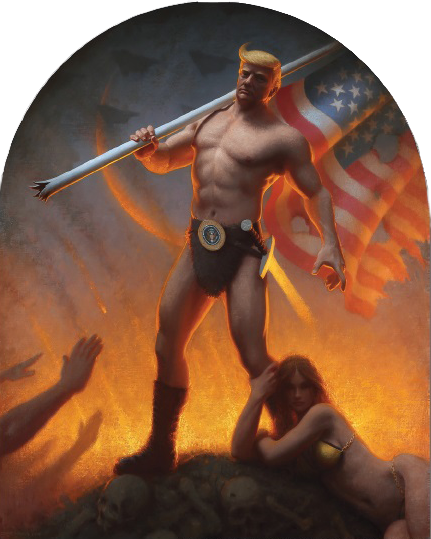 Luan Gallery is delighted to announce its autumn exhibition entitled Asymmetrical Warfare which will feature the work of award-winning Wicklow-based figurative artist Conor Walton. The exhibition will include some new and previously unseen works by Walton.

Dublin born Walton initially studied painting at National College of Art, Dublin and graduated with a Joint Honours Degree in the History of Art and Fine Art Painting before pursuing an MA in Art History at the University of Essex in the UK. He subsequently trained under Charles Cecil in Florence, Italy where he mastered the traditional skill of fine art drawing and colour before returning to Ireland in 1996 where he has remained in Wicklow painting full-time.

Walton has won numerous awards for his work including ModPortrait 2017, Arc Salon 2014/15, Portrait Ireland 2005, The Taylor Prize 1993 and was shortlisted for both the BP Portrait Award in 2005, and the Golden Fleece Award in 2011. He has had fifteen solo exhibitions across Europe and America and has featured in many museum exhibitions including the National Portrait Gallery (London), MEAM (Barcelona), The National Gallery of Ireland, the Scottish National Portrait Gallery (Edinburgh).

“We are thrilled to present the work of Irish artist Conor Walton at Luan Gallery. We are delighted to bring the work of this this internationally recognised artist to the audience of the Midlands municipal gallery. It is such an honour to be able to show Walton’s works, which have been shown and bought from museums and galleries across the world from the National Gallery of Ireland to the Winchester Museum UK, in a space of equal standing here in Athlone.”

Walton has lectured extensively and hosts the’Conor Walton Summer School’ scholarship programme drawing students from four continents. His commissioned portraits can be found in many public and private collections, and his work has featured on book covers and postage stamps in Ireland and abroad.

Conor sees himself, “as a figurative painter in the European tradition, attempting to maintain my craft at the highest level, using paint to explore issues of truth, meaning and value. All my paintings are attempted answers to the three questions in the title of Gauguin’s famous painting:’Where do we come from? What are we? Where are we going?’”

“The phrase ‘Asymmetrical Warfare’ in a way sums up my career and approach to painting and culture, but has particular relevance to my current work because this deals explicitly with cultural conflict, with the crises of our times – political, ecological, financial, cultural and moral – and the warped perspectives that ensue.”

Walton has impacted artists, critics and historians on both sides of the Atlantic. Donald Kuspit, American art critic and art historian widely regarded as the foremost practitioner of psychoanalytic art criticism has stated:

“Walton’s pictures are loaded with connotations – he is an educated artist, his art is more than’self-expression’, a major example of what I have called the new objectivism (whatever traces of the old subjectivism linger in his atmospheric handling) – giving them an inner resonance and depth that the Pop Art he utilizes lacks, confirming that his works, with their disturbingly enlightened skepticism (or is that cynicism?) are High Art.”