Deeds not Words? Assessing a Century of Change 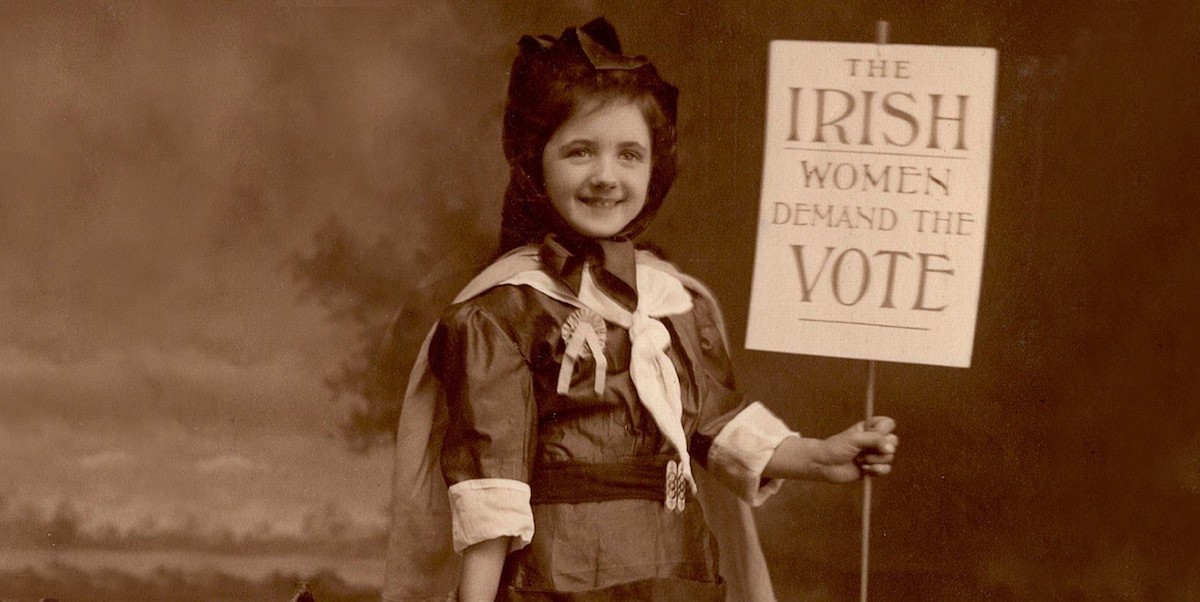 As we near the end of 2018, one hundred years after some women won the right to vote in Ireland, the National Museum of Ireland will hold a major conference ‘Deeds not Words? Assessing a Century of Change’ on asking, what has changed for society, since 1918, for better and for worse?

Just as 2018 has seen important and historic changes that impact on Irish women and society, 1918 saw significant social upheaval in Ireland, including the end of World War 1, the passing of the Representation of People Act and the 1918 elections. In December 1918 Countess Markievicz became the first woman ever to be elected as an MP to the British House of Commons though as a member of Sinn Féin, she never took her seat.

As part of the programme marking the 100th anniversary of the Representation of the People Act, the National Museum – Decorative Arts & History, Collins Barracks hosts the ‘Deeds not Words? Assessing a Century of Change’ conference bringing together a broad range of academics, historians and writers to explore those changes and advancements in Irish society, particularly for women over the last 100 years.

The Museum’s Director, Lynn Scarff, said, “We are really looking forward to this important conference, which we hope will inform, engage and stimulate debate around the changing roles of women in Irish society over the past 100 years. This event, which is open to anyone with an interest in Irish social, cultural or political history, comes at the end of what’s been an exciting and diverse year of programming to mark this significant centenary.”

The conference programme is organised into three panel sessions and includes playwright Rosaleen McDonagh, historian Mary McAuliffe, journalist Bernice Harrison, and academic Dr Tina Kinsella looking at the question around the changing roles of women through the themes of:

Words focusing on images and language in campaigns and protests;

Rights asking what has changed in terms of education, health, work, wealth, family and the home, and

The programme also features Dublin’s singing tour guide, Justine Murphy performing suffragette songs and an opportunity to explore the Museum’s exhibitions on the theme of women’s history in the guided tour ‘Bonnets, Bandoliers and Ballot Papers’.

See the full programme below, or at this link.