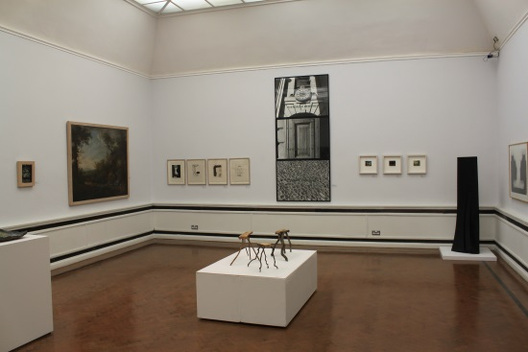 Visitors to the Limerick City Gallery often ask how its collection was formed and the present exhibition is an attempt to answer that. It originated in 1936 when a group of citizens started the Limerick Art Gallery Committee with the aim of building a collection that might one day find a permanent home in the city. It gained the support of the president of the Royal Hibernian Academy, Dermod O’Brien, who encouraged his peers to present a work, while private citizens gave many more. By 1948, when the room in which the present exhibition is held had been added to the Carnegie Library and Museum as a dedicated gallery, approximately 200 works had been acquired. Having achieved its goal, the Committee transferred its collection to the ownership of the city and it then disbanded.

In the years that followed works were added through gifts and bequests and, increasingly, from cultural foundations such as the Irish Hospitals Trust, the Thomas Haverty Trust, the Friends of the National Collections, and the Arts Council. Since 1977 the Gallery has provided a space for EVA, the city’s principal contemporary exhibition, thereby providing a stimulus for further significant acquisitions. A major boost came in 1987 when a voluntary group, Limerick Contemporary Art, donated over one hundred drawings to form the basis of the National Contemporary Drawing Collection. The largest single bequest came in 1987 with almost 2,000 examples of the art of the poster, assembled by Michael O’Connor, a Listowel businessman.

From its foundation the Gallery had functioned without a director, its policies determined by an advisory committee appointed by Limerick Corporation. In 1984 the Arts Council offered to increase its financial support if the Gallery were extended and a full-time director appointed. Thus the appointment of Paul O’Reilly as director in 1985 marked a significant break with the past. During his fifteen-year tenure a conservation programme commenced and the capacity of the Gallery to acquire new work increased significantly. Those policies were developed further by his successors; Mike Fitzpatrick (2001), Pippa Little (2009), Marion Lovett (2010) and Helen Carey (2012).