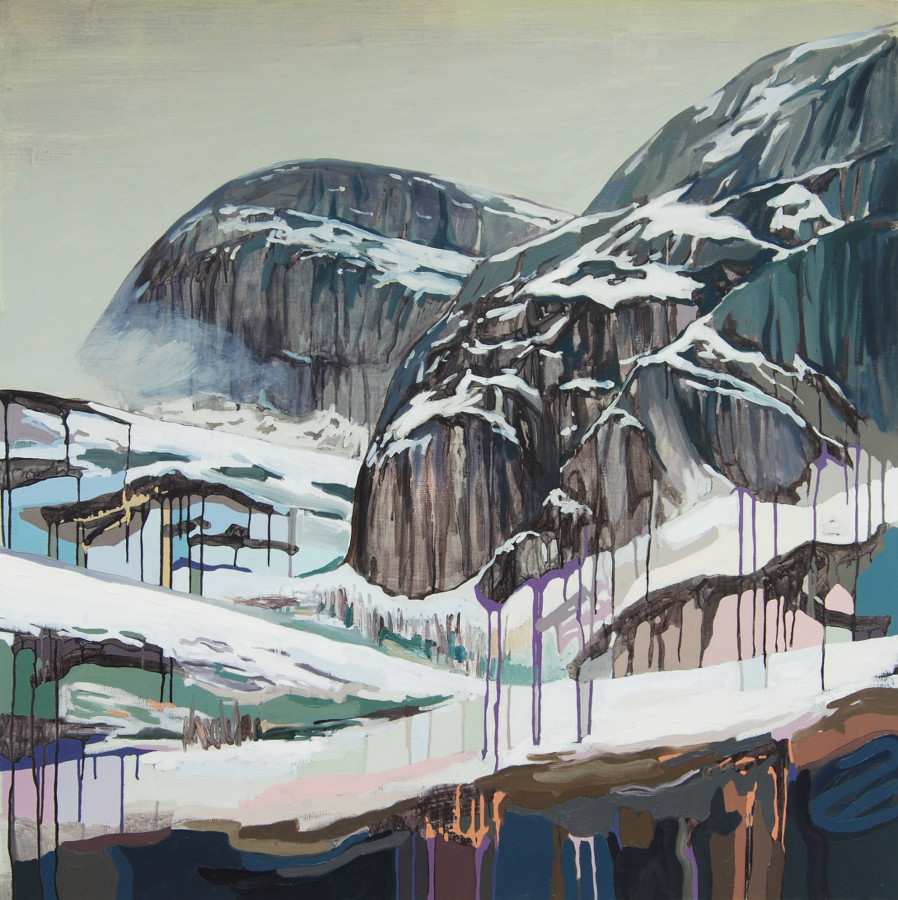 In a post-nature future the unconscious mind will be the last wilderness.

Cecilia Danell (b.1985) is a Swedish artist based in Galway since 2004. While regarding painting as her main medium, her work is multifaceted and also utilises experimental film, installation and photography. The starting point for this body of work was a residency at the Nordic Artists’ Centre Dale, Norway in early 2016 and her proposition: “In a post-nature future, the human mind will be the last wilderness”. Influenced by Jungian psychology, existentialism and Utopian/Dystopian science fiction, Danell’s work uses landscape as a metaphor for the exploration of the human psyche. By experiencing and documenting the Scandinavian landscape on foot she explores ideas about wilderness and solitude and how the yearning for an authentic life may be no more than a construct.

She has previously used the theatre as metaphor for constructed reality by presenting objects with the surreal quality of being made in the likeness of something, yet falling short of true semblance. Here she has expanded on this further by shooting a film in a Swedish provincial theatre and moving the theatre props out into the landscape. Theatre sets are further referenced in the gallery space through a large-scale forest installation which compliments the film piece. Danell’s working method is close to that of a cinematographer, as she documents and selects imagery based on the story she wants to tell – as opposed to documentary objectivity – the resultant paintings being hybrids of photographic semblance and abstraction. Her work touches upon a universal as well as personal condition; of exploring the otherness within oneself as well as the connection between the Self and the surrounding world. The exhibition will coincide with the launch of a publication on Danell’s work with a commissioned essay by writer Sue Rainsford. The Last Wilderness is supported by a 2017 Arts Council Project Award.