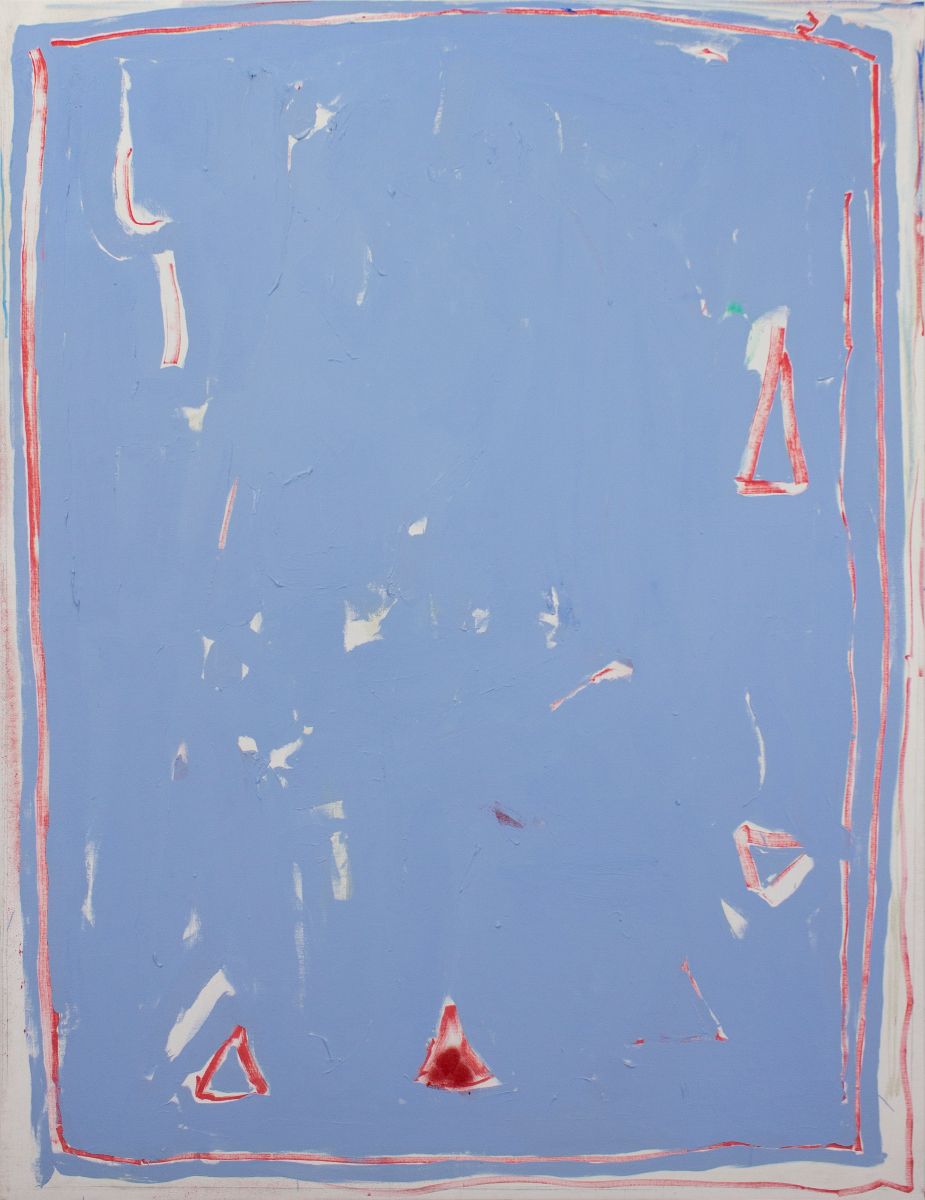 This exhibition, which presents painting and video work, has as its interest in what happens in the most immediate and hermetic reality of the creation space. Carlos Pesudo uses the figure of the egg or “zero space” as a metaphor for the isolation in which he finds himself in his studio, where he works around listening to the minimum or the most elemental. In such scenario, the artist asks the following question: what happens, or how do things happen in a place where nothing happens?

This percept, from the poetry of vacuum and silence, lets Carlos to develop a self-logic of construction of images, made by signs and elemental forms that he repeats on the canvas, which generates his own personal abstract language.

“I propose the shape of the egg in such a way that it converges with other elements, such as the number 0, the letter O, but also the sun, the moon, a seed, a drop of water or simply a line that generates the delimitation of a space. I also use other recurring forms and write text, which at times is readable and times is not, precisely because I want them to be confused with other forms and integrate it into the language of abstraction that I propose. I am interested in generating an ambiguity in the signs and in the image through this encoding of elements”

“These current works are pieces that sometimes use the raw and the shape under a considerable vision of synthesis. Their compositions are recurrently build from not so much the painting but the absence. This very absence is what carries an specific attitude regarding the practical process and how the action is managed as well as the non-action on the canvas. The painting I do is based on gesture and spontaneity, but also on reflection and pause. I am interested in generating a certain violence and dynamism in the piece, but primarily through very elemental shapes or reduced color palettes, even leaving some parts remaining unpainted.”