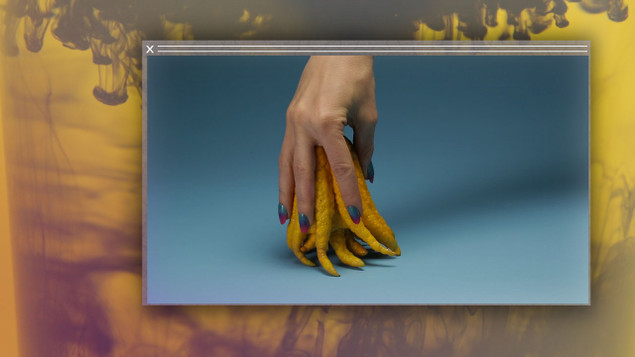 Curated by Matthew Higgs, and presented in collaboration with White Columns, New York, Grosse Fatigue premieried at the Venice Bienniale in 2013. Shot at the Smithsonian Institute in New York, this film weaves sound, film and narrative as the artist attempts to tell the story of the universe’s creation.

New York-based French artist Camille Henrot works across sculpture, drawing and video exploring global links between the construction of knowledge and its relationship to haptic experience. Recent film and video works explore the connection of the artists’ studio to the museum, the evolution of culture and systems of knowledge, drawing on anthropology and social archaeology. Featuring Grosse Fatigue 2013, an ambitious video that attempts to tell the story of the universe’s creation from a computer desktop and using the collection of the Smithsonian Institute in Washington DC for which she received the Silver Lion at 55th Venice Biennale.