Brian O’Doherty: There is no thing here but much else 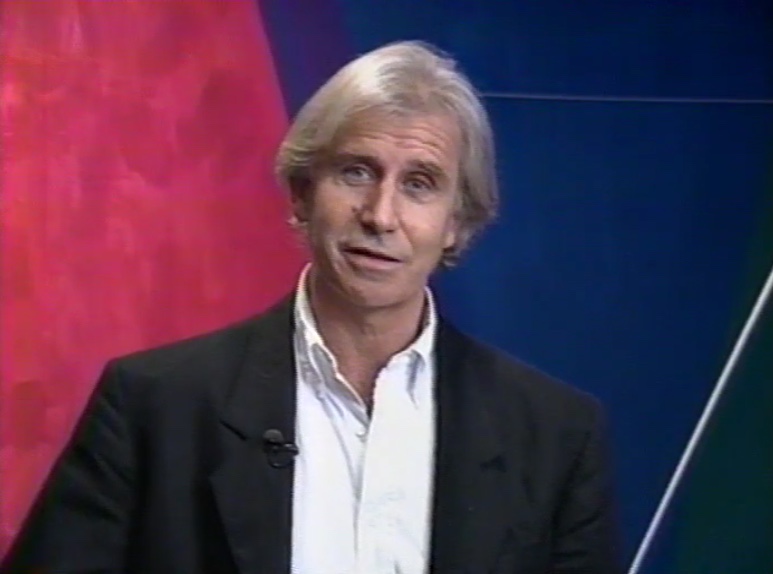 In partnership with Sirius Arts Centre and One Here Now: The Brian O’Doherty / Patrick Ireland Project

‘There is no thing here but much else’ examines the important role that film has played in the sixty-year career of internationally renowned, New York-based Irish artist Brian O’Doherty (Patrick Ireland). The three-month screening series runs from 2 March-27 May 2018 in the Crawford Art Gallery. Taking its title from O’Doherty’s review of Patrick Ireland’s exhibition at the Charles Cowles Gallery (1990), O’Doherty playfully and succinctly critiques his alter ego’s installation.

Brian O’Doherty is a multi-faceted visual artist, critic and novelist. A pioneer in conceptual art, his ground breaking essays, Inside the White Cube are key art theory texts. Yet, O’Doherty is also prolific filmmaker both in front of and behind the camera. He has written and presented a number of key television series created in his early years in the United States of America – having left Ireland in 1957-which include Invitation to Art (1958-1960) and The Today Show (1962).

O’Doherty also reported from the Irish Exhibition of Living Artist at the National College of Art, Dublin for the RTÉ programme Broadsheet in 1962 ‘Supporting Young and Emerging Artists’ featuring an interview with Norah McGuinness. He enthuses on the ‘fabric of magnificent tones’ and ‘extreme and brilliant sensitivity’ of Patrick Scott’s Kerry Landscape painting, counter-posed with the ‘extreme violent and visceral’ painting of Barrie Cooke.  Through his knowledge of contemporary art and his company of distinguished artists and thinkers, O’Doherty has been a ‘go to person’ for a variety of documentary makers, including Rothko’s Rooms (2000). His close friendship with American artist Edward Hopper, earned O’Doherty the Grand Prix, at the Montreal International Festival of Films on Art, for his subtle and engaging film Hopper’s Silence (1982).

Christina Kennedy (Senior Curator of Collections, IMMA) will launch the screening programme at 1pm, Friday 2 March with a public talk, Re-Introducing Patrick Ireland: Selves, Semantics, Site-Lines, tracing the paths that this extraordinary artist has pursued, in particular during the period that coincides with his identity as Patrick Ireland (1972-2008), through some of her own curatorial collaborations with him in the past two decades.

The public talk will be followed by a screening at 1.50pm of the Lament for Patrick Ireland by Sé Merry Doyle, which documents the burial of Brian O’Doherty’s alter ego Patrick Ireland filmed on the grounds of the Irish Museum of Modern in 2008.