Bernadette Kiely: How Much Land (does a man need) 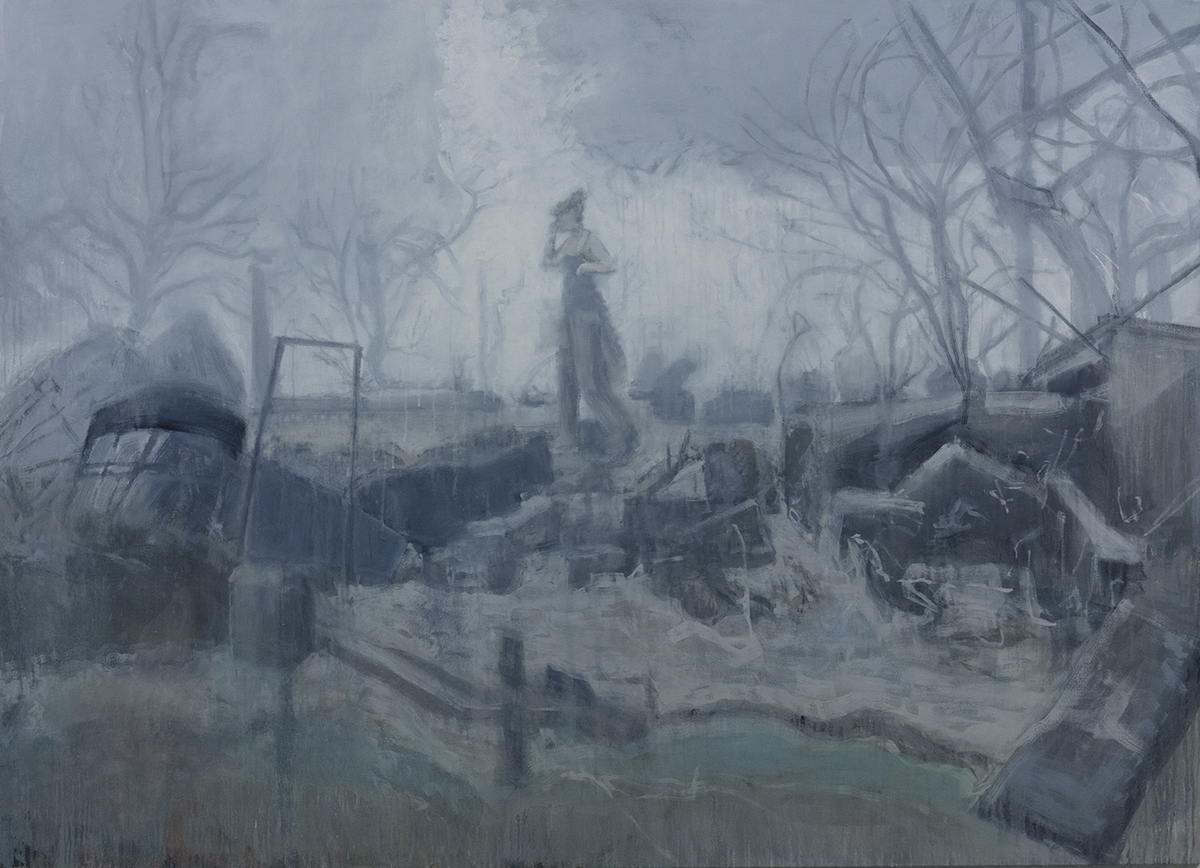 This collection of works is inspired by the short story by Russian author Leo Tolstoy, “How Much Land (does a man need)”. The story tells how one man’s grasping rapaciousness leads to his downfall. James Joyce wrote to his daughter that this story by Tolstoy was “the greatest story that the literature of the world knows”. Kiely’s interpretation references her personal and familial connections to place. Dealing with the effects of environmental disaster both natural and manmade on people and place, she aims to create work that depicts the changing landscape, the nature of perception, and climate related forces e.g. flooding, storms and fire on landscape, both locally and worldwide. The works consist of large-scale painting and drawings on canvas with photographs and objects.

Bernadette Kiely grew up in Carrick on Suir, County Tipperary and graduated from the College of Art and Design, Waterford I.T. with first class honours in Graphic Design Communications. She worked for two years in Graphic Design in London and Architecture in New York before attending the Slade School of Fine Art, University of London. She has exhibited her largescale paintings and drawings nationally and internationally and has been the recipient of many awards and bursaries. In 2007 she was elected to the membership of Aosdána and was awarded a studio residency at the Royal Hibernian Academy Schools in 2015. Her work is in private and public collections in Ireland, UK, Europe and USA and is represented by Taylor Galleries, Dublin.

Image: Bernadette Kiely: Ashes to Ashes, oil on canvas, 153 x 213cm, 2019
Friday 31 May – Friday 28 June 2019
The Source Arts Centre
Thurles
Co Tipperary
Telephone: +353 504 90204
info@sourcearts.ie
www.thesourceartscentre.ie
Opening hours / start times:
The Gallery is open Tuesday to Friday 10am to 5pm, 2 to 5pm on Saturday and from 7pm when there is an evening performance.
Admission / price: Free
Associated sites
Design: iCulture • Privacy and cookies
Tweets by dnoting
other sites designed or
assisted by iCulture