Ben Reilly: The Old and the Weary 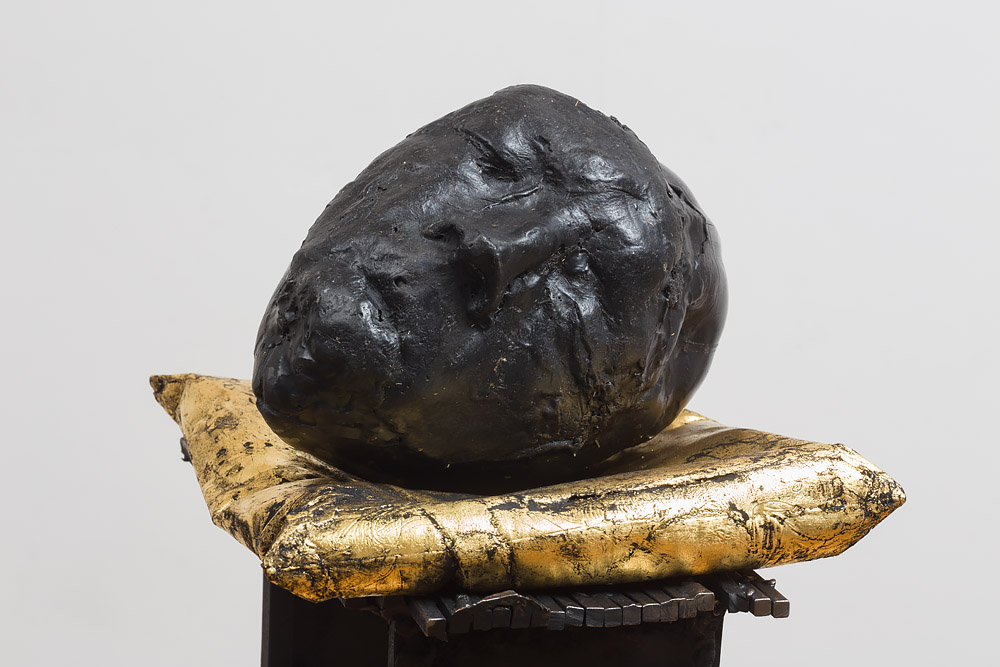 The Title for Ben Reilly’s New work being shown in Goma Waterford, The Old and the Weary, comes from the title of an essay by Dara Waldron.

“The world stepped into when we explore Ben’s work is made up of things, materials, objects, stuff. Is it a door handle? A leather boot? A bag of materials that looks like but isn’t quite coal? Does it matter? These are old things. But the sense of the old is that of time as something pure. Unlike the reworking of the past we find in so much popular culture, this is a sensuous oldness; we want to touch and explore. We want to feel the object of time itself. The installation Zeppelin is one example. The title refers to the object of the zeppelin itself with all its historical associations. But when engaging the sculpture, we are drawn to its clunky feel, its use of essentially old materials, bringing us back to that sensuous oldness that is not the past but time.

Another example is Bladderhead, a head cast of a weary, beaten down man; his eyes shut as if turning away from the sparkling newness of a world that confronts him at every turn. Perhaps this man is defeated by the glittering objects that surround him; the weariness he feels because of this. This weary figure pervades Ben’s practice across media. It feels as if he’s shutting his eyes in the hope that he can retreat into a world where the old is not the past but the shimmer of time itself.  I wonder if this man is Ben, weary with this world and therefore making another. Or maybe he represents a part of me that wants to tune out of the present, if only for a moment. But then a light bulb goes off and I think that Bladderhead is in fact us all, cast in that cultural constellation Fisher writes about as so obsessed with recycling the past, and therefore looking to retreat into a world both sensuous and old: the feeling of time itself.”

Dara Waldron lectures in Critical and Contextual Studies at Limerick School of Art and Design. He is the author of Cinema and Evil: Moral Responsibility and the “Dangerous” Film, and is currently working on his second book for Bloomsbury, New York. He is the author of the fortnightly column Art Encounters, for headstuff.ie, which explores how we respond to the everyday experience of art objects.