Becoming: Adventures in Growing Up 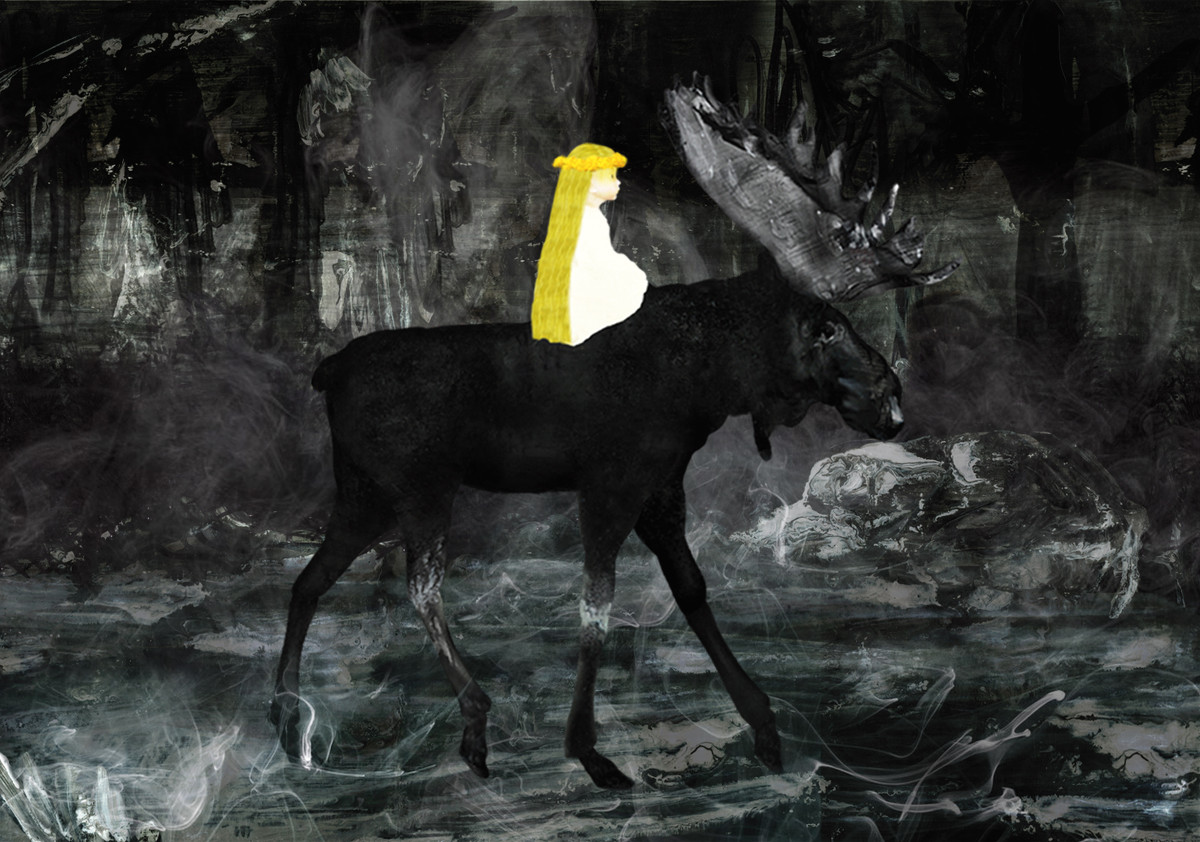 “I wrote this story for you, but when I began it I had not realized that girls grow quicker than books…But some day you will be old enough to start reading fairy tales again.”
CS Lewis

This is an exhibition that sees growing up as an adventure in itself. A person creates their own story through growing, changing and learning. However there are many facets to this – in order to grow you have to leave something behind, you have to leap into the unknown. The artists investigate these complex issues through the frame of fairytales and folk tales – how stories can teach us about morals, relationships and identity. Tales can be signifiers for real life rites of passage and rituals involved in growing up.

On 19 and 22 October artist Louise Manifold will facilitate “Bringing Miniature Worlds to Life”, where participants will use a shoebox brought from home and everyday objects to create dioramas.  On 23 October artists Pawel Kleszczewski and Kasia Zimnoch will be hosting two “Myths and Fairytales” visual storytelling workshops in which parents and children can create their own fairytale together. Children must be accompanied by an adult for the full duration of each workshop. The 3pm workshop will be facilitated in Polish and is intended for families fluent in the language.

Broken Tale is an animation by Konik artists, Kasia Zimnoch and Pawel Kleszczewski. Based on a Swedish folk tale, it relates to the journey of a girl into the heart of the wilderness to a lake hidden deep in the primeval forest. The forest is portrayed as an independent character that personifies a powerful unknown force of nature. As preparation for the animation, the artists created a series of illustrations, prints and paintings which allowed them to create the world of Broken Tale.

The inspiration for Broken Tale was the Helge Kellin story “Still, Tuvstarr sits and gazes down into the water”, which was first published in the Swedish children’s annual Among Gnomes and Trolls in 1913; it illustrated by John Bauer, whose work has become synonymous with Nordic folklore. The artists compile different elements from various cultures to highlight how people have developed from a common core.

“The depths of the oceans and of bodies of fresh water – the realm of fishes – were displayed there. One could imagine oneself at the bottom of the sea – deep down in a diving bell, with the water pressing hard on all sides against the thick glass walls.”
Hans Christian Anderson, “The Dryad”

Louise Manifold’s multi-media artwork Dryaden was inspired by the power of fairy tales as a means to contrast human relationship to the natural worlds. It explores how we as readers are introduced through the hero’s journey into the natural world as one full of equals, opposites and contradictions to our own world.
Dryaden is an immersive installation that contemplates based on a passage of Hans Christian Andersen’s fairy tale, “The Dryad” and her encounters of the 1867 Paris World Exposition.  A Dryad is a supernatural tree nymph, who traditionally dwell in oak trees for their entire life. In Andersen’s story, this particular Dryad no longer wishes to live within the confines of her oak tree, and longs for the excitement of the city. When her wish is granted, she is taken on a journey to experience life in Paris and the Victorian exhibition, where she sinks into a magical realm held between water and glass.

Alan Clarke is an award-winning Illustrator, whose work conjures worlds that are whimsical, darkly comic, magical, sometimes grotesque, but always beautifully executed. His work is made unique by the novelty and originality in the concepts behind them along with its painstaking execution. Clarke’s work for Becoming centres on a story of a girl finding her way in the world with the help of an animal guide; over the course of the journey, different adventures are had and lessons learned.

WORKSHOPS
An important element of Becoming are workshops for children and their families during the festival. Intended for ages 6 and up, the three workshops will last 90 minutes and are free, but booking is essential and capacity is limited to 20 children per workshop. Dates for Louise Manifold’s workshop are Wed 19 October, 5.00 and Sat 22 October, 12.00. Kleszczeski and Zimnoch will offer their workshop in English on Sun 23 October, 12.00 and a workshop in Polish at 3.00.

Alan Clarke is a Dublin-based award-winning Irish Illustrator, visual artist, and occasional writer. Clarke is perhaps best known as the illustrator for Ross O’Carroll-Kelly, columnist for the Irish Times. His book illustrations had garnered widespread acclaim. His work has been shown at several sell-out exhibitions in Ireland, as well as in the U.S., the U.K., Germany, Italy and Japan, and is held in numerous galleries and private collections.
The Galway born artist Louise Manifold holds a BA in Sculpture from GMIT Galway Ireland, and MA in Fine Art from Central St Martins College London England. Short-listed in Ireland for the prestigious Allied Irish Bank prize, she has exhibited extensively both in Ireland and internationally in London, New York, China, Iceland, and Germany. Louise is currently based in Galway and a guest resident of Artspace studios.

Cavan-based Polish artists Pawel Kleszczewski and Kasia Zimnoch work together. With backgrounds in Visual Arts and Art History, they create animations based on mythology, folklore and legends.  “Broken Tale” has been shortlisted for the final competition at the International Visual Arts Festival in Spiracje 2016 in Szczecin, Poland.  It also qualified for the 28th International Film Festival in Girona; Stockholm – Fringe Festival STOFF 2016 and for the 39th Elche International Film Festival, Spain. In 2015 they were Artists in Residence in Jonkoping Sweden.